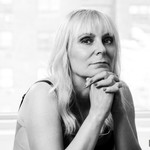 Dorothy Carvello’s ‘Anything For A Hit’ Exposé Being Adapted Into Docuseries: ‘We’re Going to Tell the Truth’

Stern and Sundberg are the filmmakers of such acclaimed documentaries as Reversing Roe, Joan Rivers: A Piece of Work, Surviving Jeffrey Epstein and Marathon: The Patriots Day Bombing. Their company, Break Thru, will also run production on the docuseries along with One Foot Forward, which produces content aimed at major streaming services, and Stroud, who has worked on the HBO Max series, Genera+ion.

One Foot Forward is a division of Michael Yudin’s MY Entertainment, which has produced content for Discovery, National Geographic, MTV and the Travel Channel. The producers have not revealed whether Anything For A Hit has been acquired by a streaming service, but Carvello says the project should be ready to run sometime next year.

In a statement, Stern and Sundberg said, “We are thrilled to partner with Michael Yudin and his team at One Foot Forward to bring Dorothy Carvello’s remarkable memoir to the screen. Carvello’s singular perspective on the music industry — as a woman and as a key insider at a major label — offers a powerful lens that indicts and inspires in equal measure.”

A synopsis of the project describes the docuseries as a three-parter “that goes deep into the dreams and dysfunctions of the music industry as experienced by Carvello, the first woman A&R executive at a major label. Carvello’s wickedly funny voice brings unexpected humor to her quest to survive and thrive in a world of toxic behavior and male privilege — from the heyday of the 1980s to now — as she fearlessly works to bring change to an industry where few have been brave enough to step forward and share their story. The series will feature key interviews with major label executives and artists whose stories illustrate the power and sexual dynamics that are tied to success in the music world.”

“This is a global problem for the music industry,” says Carvello, who has become a crusader for women who were sexually harassed, abused and raped by executives and music artists. “Since I wrote the book, women in Australia, England and Mexico, as well as the United States, have come to me with serious allegations of rape, sexual assault and sexual harassment. If women complain, like me, they are fired and their careers are destroyed — they’re not allowed back into the club — and the male executives who commit these acts keep getting recycled from company to company.”

There are men running public companies who have paid to silence claims. If I was a shareholder, I wouldn’t want my money being used to cover up sexual abuse, which is a crime,” she adds.

“The change has to come from outside and I’m going to make it happen,” says Carvello.