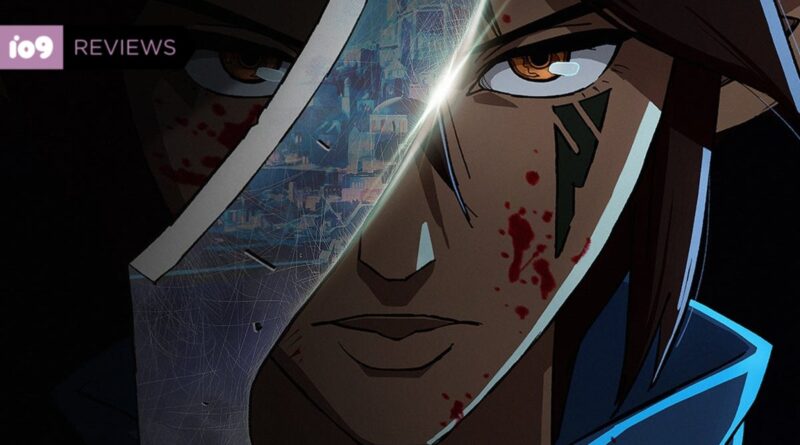 Ever since 2009, BioWare’s Dragon Age franchise has managed to carve out its own space in the fantasy genre. As much as the RPG series cribs from the classics to inform its own universe, there’s a unique flair that gives it an identity all its own. Even though the series has been, game wise, on ice since Dragon Age Inquisition was put to rest with 2015’s “Trespasser” expansion, the demand for the franchise to return hasn’t really wavered in any meaningful way.

As Dragon Age: Dreadwolf seems primed to potentially release in 2023 (if not later than that), the animated series Absolution aims to give the franchise a little nudge back into the spotlight. Dragon Age has previously dipped into animation before with 2012’s Dawn of the Seeker anime film, but that was far before the advent of video game adaptations. Even if this wasn’t effectively a little pick-me-up before that fourth game comes around, you could figure that we’d eventually swing around to a Dragon Age series since any game is up for adaptation consideration nowadays.

Make no mistake, Absolution is a reminder that the franchise is ready to come back, but the incoming arrival of Dreadwolf doesn’t seem to matter as much as you’d reasonably assume. There’s vague references to events and characters from Inquisition and Dragon Age II, sure, but this show is completely its own thing. Laying any sort of foundation for Dreadwolf in terms of plot or even what kind of place Tevinter—which will also be the setting of Dreadwolf—as a whole is ultimately becomes secondary as the show focuses all its attention on its motley crew of mercenaries trying to pull off a heist that soon goes wrong in spectacular fashion, and the poor mark whose day is about to be ruined.

That may be disappointing, but Absolution makes the right call, thanks largely to having a fun cast of characters to spend time with. Dragon Age games (and similarly, the games in BioWare’s other franchise, Mass Effect) are lauded for their characters, and this show is no exception. Everyone in the cast is a winner from start to end, thanks to their animation and voice work. The banter and dynamics between characters like the human Roland (Phil Lamarr, who takes to this franchise with surprising ease) and dwarf Lacklon (Keston John) capture a similar energy to the games without feeling like it’s copying any particular pair of characters. Similarly, the Qunari mage Qwydion brings the goofy charm her actor Ashly Burch has cultivated in other roles that makes her easy to root for and hard not to fondly laugh at.

Ultimately though, it’s elf assassin Miriam (Kimberly Brooks) who serves as the show’s protagonist. Throughout its six-episode run, Absolution does an exceptional job at making her feel as viable a lead as Hawke or the Herald from the games. Previously a slave in the household of a powerful Tevinter family where the artifact is being held, returning home dredges up memories of her childhood, and a combination of Brooks’ performance and the writing keeps things from losing their potency. Even as the curtain gets pulled back on her life as a slave and eventual romance with human mage Hira (Sumalee Montano), it’s a bit of a surprise how intimate things ultimately are and how they relate to her as the show continuously raises the stakes.

Beyond Miriam’s fluctuating relationship with Hira, it’s the strained dynamic she has with the Tevinter mage Rezaren (Josh Keaton) that offers some of the show’s more intimate moments. Most BioWare games feature families that were ultimately doomed to fall apart, and Absolution takes a similar track with Miriam and Rezaren. Though he’s elated to see her when they eventually cross paths again for the first time in years, the show makes clear in no uncertain terms that her time in the Ammosine household was abusive to some degree or another, even if Rezaren himself never knew (or ignored) the obvious power he had over her. Keaton injects plenty of charm and earnestness into Rezaren, especially when he’s with his right hand, Knight-Commander Tassia (Zehra Fazal). But as the show continues to show what he’s capable of and what he needs of Miriam, and it when gets to unpacking the full extent of her time as a slave and what it’s cost her, it’s hard not to want the entire house to go up in flames.

With such energetic animation and a compelling cast, Dragon Age: Absolution is a fun series to close out the year on, and has enough going on to make it feel like the franchise is well and truly back. At six episodes, though, it feels like it’s only scratched the surface of its full potential. Compared to other video game series on Netflix like Arcane and Castlevania, the show lacks a certain prestige and grandness that have made those series so memorable. But that ends up working in its favor, and gives it plenty of time to steal your heart and leave you wanting more.

Dragon Age: Absolution is out now on Netflix.