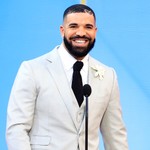 Drake and Smiley Go ‘Over The Top’: Stream It Now

Drizzy and his fellow Torontonian have connections that extend well beyond their hometown.

Drake has previously cited Smiley as an “inspiration” and, a day after finding out he was one of the most-nominated artists for the 2019 Grammys, the rapper uploaded a video of himself shirtless in the pool, sipping a drink and cooling down to the intro track off Smiley’s A Tape to Remember.

Drake’s forthcoming sixth album was originally slated for release in January, but was pushed back due to his rehab from surgery. It’s the followup to the mega-hit double album from 2018, Scorpion.

Stream Smiley’s “Over The Top” featuring Drake below.