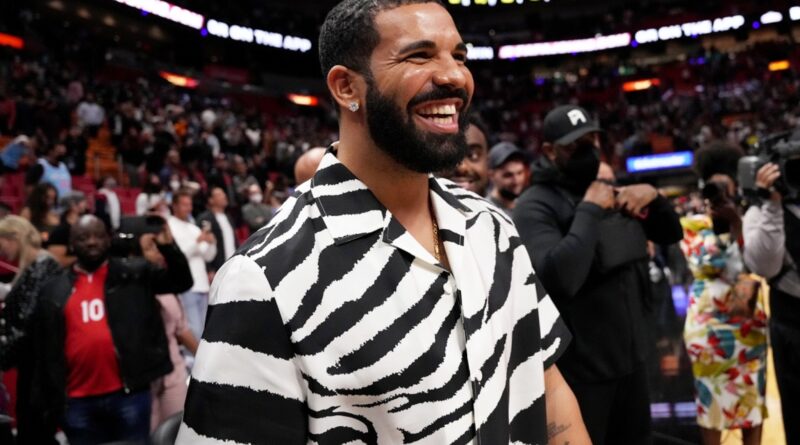 The rapper’s ‘Certified Lover Boy’ still holds the record for the biggest album in Apple Music history by first-day streams.

Drake reacts after attending the game between the Miami Heat and the Atlanta Hawks at FTX Arena on Jan. 14, 2022 in Miami.
Mark Brown/GI

Drake gave just one day’s notice before his surprise new album, Honestly, Nevermind, hit streaming services Friday (June 17), and yet it’s already become Apple Music’s biggest dance album in history by breaking the platform’s record for first-day streams worldwide, according to a news release by the streaming service. What’s more impressive? It only took one hour to do so.

Honestly, Nevermind marks the 35-year-old rapper’s seventh studio album to date, featuring 14 total tracks and just one guest artist on “Jimmy Cooks,” the project’s final track which sees assistance from 21 Savage. The only warning he gave of the record’s arrival was a strikingly simple Instagram photo of the album’s psychedelic cover art posted a few hours beforehand, writing, “7th studio album ‘HONESTLY, NEVERMIND’ out at midnight.”

The new album’s streaming feat is the “Knife Talk” artist’s latest in an extensive list of triumphs made with the streaming service. His previous album, Certified Lover Boy, released in September 2021, broke the platform’s record for most first-day streams worldwide and, at the time of publication, still holds the record for biggest album in Apple Music history.

For his newest release, Drake did something a little special for his Apple Music listeners. He penned his own Honestly, Nevermind album notes and released them exclusively to fans on the platform — revealing that, in spite of being a dance record, the project actually came from a rather sensitive time in his life.

“I purposely try to forget what went on between some ppl and I because I know I’m not a forgiving guy even when I try,” the rapper wrote in the album notes. “My urge for revenge wins the game against my good guy inside every single fckn time.”