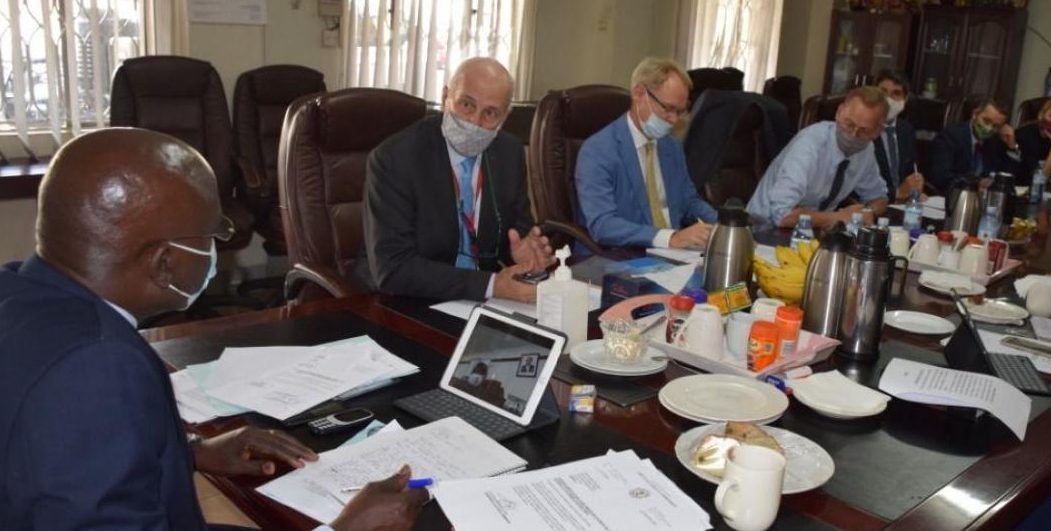 Electoral Commission-EC isn’t bothered by the decision by the UN to suspend the travel of its staff to Uganda, according to Justice Byabakama Simon Mugenyi.

He told journalists at the Commission headquarters on Tuesday that if the UN travel restriction to Uganda is based on concerns over the ongoing elections, then the directive is a misrepresentation of what is happening in the country.

The statement stems from an internal memo from the UN that made rounds on social media in which Giles Michaud, the UN undersecretary for safety and security suspended travel to Uganda by UN agencies and personnel.

The memo that cited the recommendation of the UN Resident Coordinator, Rosa Malango didn’t give any reason for the decision. However, the November riots that resulted in the death of over 60 people are believed to have been the main cause for the directive.

Now Byabakama says, although the incidents that resulted from the arrest of the National Unity Platform-NUP presidential candidate Robert Kyagulanyi Ssentamu happened, his Commission has gone out of its way to ensure that the January 14 elections are not only free and fair but peaceful.

In other developments, Byabakama revealed that he had a meeting with a delegation from the European Union on Monday with whom they discussed the possibility of accreditation to observe the coming elections.

Byabakama, who refused to go into the details of what was agreed upon, said the Commission is still talking with the Ministry of Foreign Affairs that handles diplomatic relations with other countries.

In the past, the EU indicated that they would not be observing next year’s elections over concerns of lack of implementation of the recommendations it gave in previous elections.