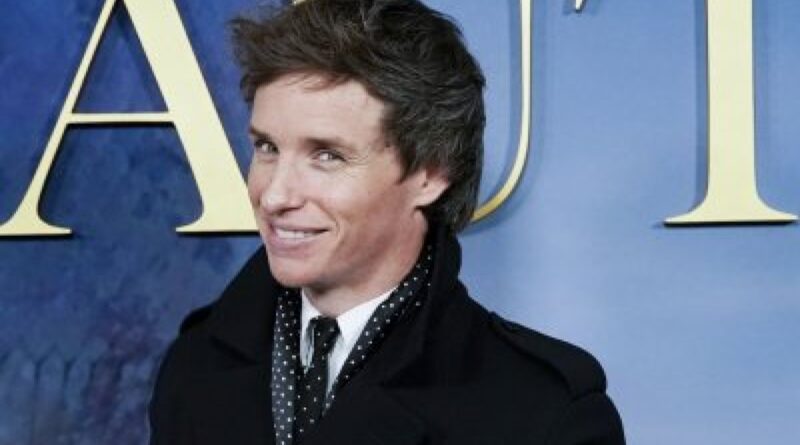 Actor Eddie Redmayne will be honored with the Golden Eye award at the upcoming Zurich Film Festival in Switzerland. File Photo by John Angelillo/UPI | License Photo

Sept. 6 (UPI) — Actor Eddie Redmayne will be awarded a Golden Eye, the top honor at the upcoming Zurich Film Festival in Switzerland, the organization announced Tuesday.

Redmayne will receive the award on Sept. 25, where he will be attending the Swiss festival to promote his upcoming film The Good Nurse prior to its European premiere.

“In The Good Nurse, Redmayne once again proves his versatility with a performance that keeps us riveted to our seats,” Jungen added.

This will not be the U.K. actor’s first time at the film festival, as Redmayne was previously at Zurich in 2007 for his film Savage Grace, where Redmayne, then a newcomer, starred alongside Julianne Moore.

The acclaimed actor is perhaps best known for his starring role as Newt Scamander in the Harry Potter spinoff series Fantastic Beasts beginning in 2016.

Redmayne became known across Hollywood, however, for his work as noted physicist Stephen Hawking in the 2014 film The Theory of Everything, a role that earned him the Academy Award for Best Actor.

Redmayne was also nominated for the same award for his role the following year in the biographical drama The Danish Girl. Though he did not win, Redmayne’s performance as trans woman Lili Elbe received critical acclaim.

Beyond the Academy Awards, Redmayne has also won or been nominated for numerous other industry honors, including three BAFTA nominations and a pair of Golden Globe nominations.

Redmayne would go on to win one of each.

Receiving Zurich’s Golden Eye will put Redmayne in good company, as the award has previously been given to actors like John Malkovich, Olivia Colman, Kristen Stewart and Jake Gyllenhaal.

The film for which he is attending the upcoming festival, The Good Nurse, will see Redmayne star as real-life serial killing nurse Charlie Cullen alongside Jessica Chastain.

The Good Nurse is expected to generate significant awards buzz upon its premiere, and its director, Tobias Lindholm, praised Redmayne’s work in a statement to the Zurich Film Festival.

“Eddie was a joy to work with,” Lindholm said. “He is incredibly caring, incredibly well prepared, and incredibly technical. His preparation allows him to work with great freedom and — what looks like — great ease.”

“He humanizes the inhuman. He warms the cold. He glows in the dark. Undisturbed and without blinking. It was not rare that I drove home from the set with the feeling of having been close to greatness,” Lindholm added.