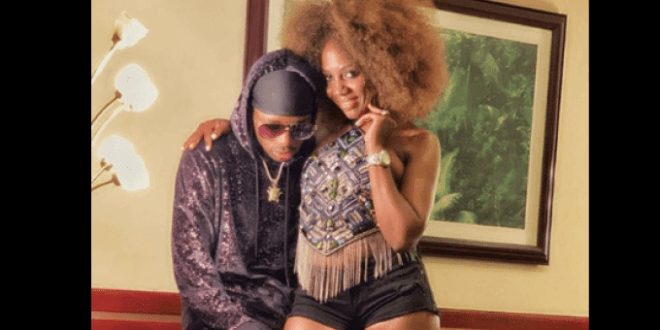 Grenade’s girlfriend; Maggie has come out to spit shocking details about her boyfriend Grenade following the going sour of their relationship.

In an audio circulating online, a voice believed to be Maggie’s is heard saying that Grenade was raped by two men on a video under orders of God’s plan(a friend to Grenade’s friend). “I have been waiting for that video but am not seeing it” she said

She went far and revealed that shortly after giving Grenade money to go to Zambia to shoot a video, he called her and told her he was heading to London that Eddy Kenzo had invited him to introduce him to his audience on stage, a thing Kenzo never did.

“I was told that you were getting sodomized by Harmonize and Kenzo” she added.

Maggie went ahead to spill several other things including Grenade signing to a different record label yet the two had agreed she would be signing him to her record label in either November or December.

Grenade However came out and revealed that whatever Maggie was saying was as a result of love. He further apologised to whoever got their name mentioned in the audio as well as his fans.

Listen to the full audio below.