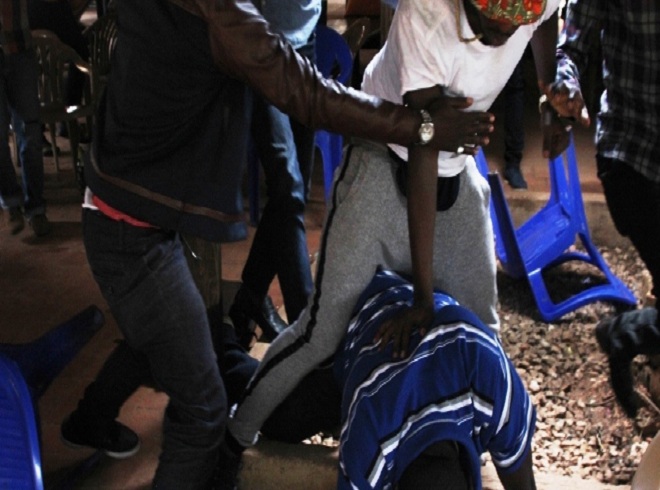 Following there most recent radio show on Namuwongo based Dembe Fm, Eddy kenzo has promised to thump and kill one of the Talk and Talk radio show presenters if not Kasuku himself.

In a live video over social media Eddy Kenzo claims , that the team has always been negative about his music and trashed his name. Kenzo who is currently outside the country, on receiving audio clips of last weekend’s Talk and talk show where he was being insulted got pissed and reacted there and then as he   promised to drive to Dembe fm for a deadly fight. “One of us will lose his life in the fight” Kenzo roared.

Kenzo says Talk and talk radio show has always been against his music calling it bad music. He also blames them for calling Ugandan artistes stupid. “You people have eaten our money including that of the deceased artistes!” He wondered.

Kenzo  and one of the presenter; Kasuku have a fight history where Kenzo beat Kasuku at a press conference for allegedly posing false allegations on him. However, after some time the wrangles were settled and the two became friends not until recently during the SaveUgMusic campaign when the two parted ways over what Kenzo called repeated defamation.