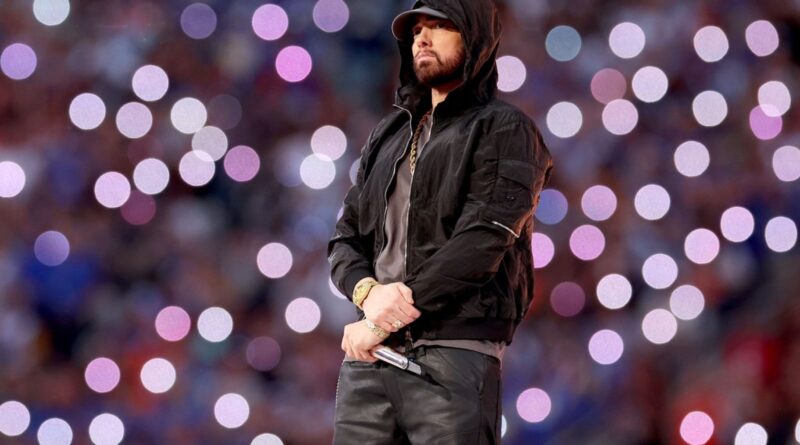 The Grammy-winning rapper called in to ‘Sway in the Morning’ to talk about Westside Boogie’s new album.

Richard Busch is representing Eight Mile Style, co-owner, publisher and administrator of some 250 songs by Eminem.

Eminem has never been shy about laying bare his personal struggles in his songs. But in a call to Sway Calloway’s Sway in the Morning show this week on Em’s SiriusXM Shade 45 channel, the MC revealed that writing rhymes that take on his mental health and addiction struggles has been “therapeutic.”

“I think that’s one of the great things about rap music is that you could put so much of your life in it,” Eminem said during a dial-in to the channel. After dropping that deep thought, Marshall paused for a few seconds and Sway and the morning crew cracked up as the host said, “Oh, that’s it, OK?”

Em chuckled too, explaining that he was trying to think of a way to expand on his revelation, “but [I] kind of got lost.” He then picked up the train of thought again, adding, “It’s therapeutic, and that’s how it’s always been for me.”

Giving some shine to the new release from Shady Records’ Westside Boogie, More Black Superheroes, Eminem said that “the title … everything’s great. And it’s like watching him just keep getting better and better and better is incredible too. And he’s got so much of his life weaved in this album. You know what I’m saying? Like, I think that it’s therapeutic.”

Em is back in fans’ ears this week thanks to his collaboration with Cee Lo Green on the song “The King & I” from the soundtrack to Baz Luhrmann’s upcoming Elvis biopic.

Listen to the chat with Em below.