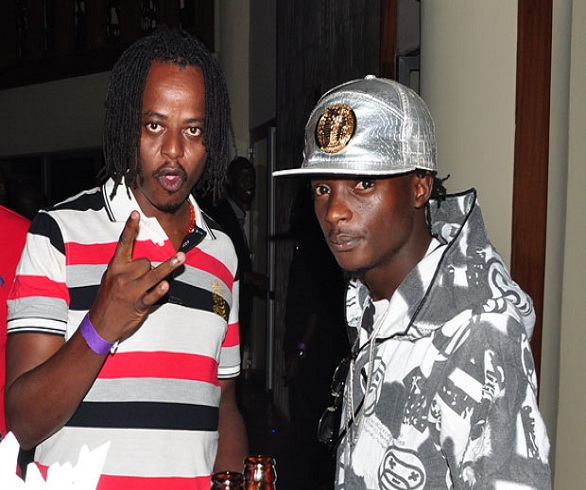 Former Coco Finger’s Manager; Emma Carlos is getting furious about the recent action by his Artiste Kalifah Aganaga. Kalifah recently fired his manager over unclear reasons.

However it is alleged that the spark off point was money related. “Carlos used to pocket too much of his(Kalifah) money. ” a source revealed.

However Emma got so embarrassed that he even ran out of words. In a recent interview with our reporter, Emma defied giving a comment about such a sensitive issue and instead beat around the bush. “I have no comment, That is an old story” furious Carlos replied on being asked for clarity about the saga.  “Ask me about Radio and weasel” he quickly added.

Emma is well known for spotting and uplifting talent though he has maintenance issues. As he hardly maintains his artistes on top. Apparently he has been added to Radio and Weasel’s management which has Emotions as the main main aided by Lawrence Labeja and Chagga who is their former manager.

E jazz is making efforts to contact Aganaga who is currently under the management of a one Nash Wonder who produced Kalifa’s first hit ; “Ndabilawa”. and will soon bring you his side of the story.