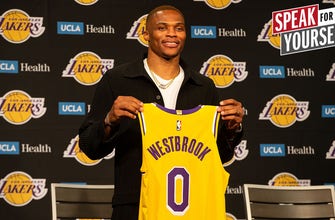 Emmanuel Acho: Russell Westbrook must prove to himself that he is isn’t at fault for not winning a title I SPEAK FOR YOURSELF 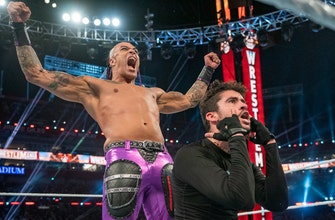 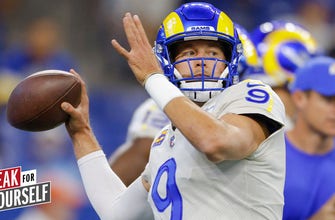 Marcellus Wiley: There’s no pressure on Matthew Stafford vs. the Bucs because there’s no consequence I SPEAK FOR YOURSELF

Russell Westbrook had has introductory press conference with the Los Angeles Lakers yesterday. L.A. is his fourth team in four years since winning the MVP in 2017. Russ was asked if he had anything left to prove and said quote:’ I don’t. I’ve been blessed and thankful to be in this league for so long..I’ve been able to impact people all across the world with this platform that’s been given to me and I’ll continue, obviously to win a championship..ultimate goal is to make sure we use what we have to impact those around you.’ Emmanuel Acho explains why he disagrees with Westbrook’s statement and that he has to ‘prove to himself that he isn’t at fault for not winning a chip.’