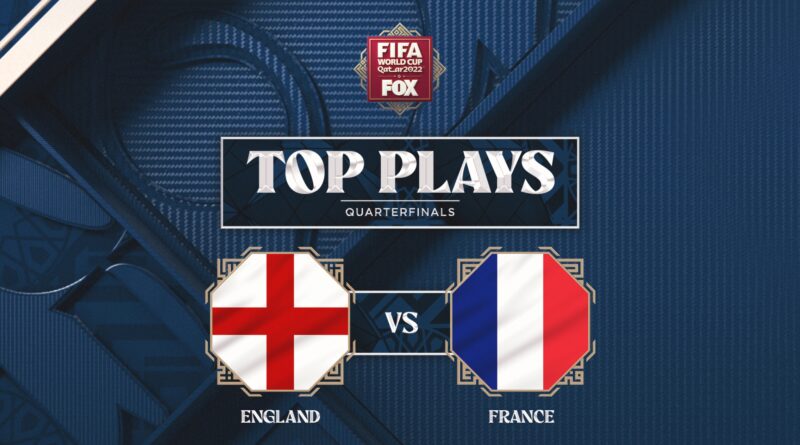 Reigning World Cup champion France is hoping to join Italy and Brazil as the only countries in World Cup history to win back-to-back tournaments. With Saturday’s victory, France has now won its past 12 World Cup matches.

France will advance to play Morocco, which took down Portugal earlier Saturday, in Wednesday’s semifinal match.

France forward Olivier Giroud didn’t hold back when he neared the goal early in this one.

Giroud made another attempt minutes later, this time on a header, but it was saved by England keeper Jordan Pickford.

Midfielder Aurélien Tchouaméni was the star of the show early, kicking off the scoring with a goal for France.

France goalkeeper Hugo Lloris came up with crucial back-to-back saves when England came knocking — first on defender Luke Shaw, then on England captain Harry Kane — to keep the Three Lions off the board.

Meanwhile, no penalty was given on this challenge on Kane as he made another play near the net moments later.

Kane took another shot at the 29′ mark, and it was once again saved by Lloris, this time in the top right corner.

France carried its 1-0 lead into halftime, but not before Antoine Griezmann picked up the first yellow card of the match in the 43rd minute.

Ousmane Dembélé was given a yellow card within the first minute of the second half, but that didn’t disrupt France’s rhythm. Lloris continued to make one huge play after another, saving Jude Bellingham’s shot right out of the gate.

Things took a turn when Bukayo Saka drew a foul in the penalty area early in the second half. Kane took the penalty shot against his Tottenham teammate Lloris in the first game they’ve played against each other in five and a half years.

Kane scored on the penalty kick, which tied the game at 1-1. With that goal, Kane tied Wayne Rooney for most goals in England men’s national team history with 53.

Giroud came up big when it mattered most, connecting with the net on a header late in the second half to give France the lead, 2-1.

England was awarded its second penalty, this time after a VAR review, and Theo Hernández was shown a late yellow card.

Kane took his second penalty shot against his club teammate Lloris, but this time he missed the net outright.

It all came down to England’s Marcus Rashford, who had just checked into the game in the 85th minute. He was awarded a free kick in the last minute of Saturday’s match, but his shot was a bit too high and went over the net.

With that, France went on to secure the win and become the first reigning champion to advance to the semifinals since Brazil did it in 1962!

Saturday’s match was the third World Cup meeting between these two nations, with England having won the previous two matchups in 1966 and ’82.

However, France had lost only one of their past eight clashes with England — a friendly in November 2015.