Whewwwwwwwww. That was threatening, repeatedly, to be a bad, bad, bad loss. It wasn’t just the big blown lead, it’s how it got there. But, most importantly: the Cubs won the game. They had to get through a couple extra innings situations to make it happen, but they did it. Ian Happ came through with the game-winning hit, Jeremy Jeffress got the save, and all is well.

OK. The other stuff.

The Cubs coulda made the number a whole lot more crooked early on, but six runs through the first five innings usually puts you in a pretty good place. But as Jon Lester got some good luck early on with hard contact allowed, by the 5th they started finding grass. In the blink of an eye, a 6-1 game became a 6-4 game, and Lester was pulled (a batter or two too late) with the tying run on second base and one out.

Colin Rea came in to get out of the inning (sac fly allowed), with a big assist from Ian Happ:

The scored stayed 6-5 through an hour-long rain delay before the bottom of the 8th. Dan Winkler got the ball after the game resumed, and immediately gave up a game-tying home run to rookie Ke’Bryan Hayes, making his big league debut. Nice for him, I guess.

But why was Winkler getting the 8th in that situation, with a rested Rowan Wick, Ryan Tepera, and Jeremy Jeffress in the bullpen? I mean, Wick came into that very same inning after the game was tied, so … ? Generally, I have liked David Ross’s in-game moves so far this year. Tonight? He was slow to pull Lester and I don’t get the choice of Winkler there. Ross also then turned to new guy Josh Osich in the 9th with two on and one out, which meant he was likely to have to face at least one righty (against whom he has routinely been terrible). Worked out, but it was a little dicey to pull Wick there.

… and then Ross left Osich in for the 10th inning after the Cubs scored in their half of the frame. He got the first out, a lefty, on a grounder. Fine. But then he’s there to face a righty, with the tying run at third, when you absolutely need a strikeout? I don’t get it. Naturally, game gets tied on a bouncer back to Osich. And THEN Jeffress came in. None of that is on Osich, mind you, who did everything he could except get the strikeout (he’s at just 17.8% K rate against righties in his career … ). It was weird.

But, again, good on the Cubs’ bats for putting together enough to score in the 10th and 11th and give themselves a chance. 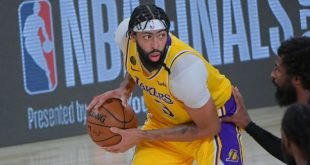 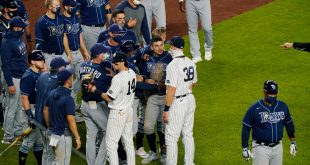