There’s a notable, near-ish-collision on Earth — or at least one that’s looming — and the object that may be about to crash is traveling at 18,000 MPH!!!

NASA has sounded an alarm that a giant asteroid is about to pass Earth. It’s somewhere between 318 and 720 feet in length … about the size of the Taj Mahal and the Great Pyramid of Giza. 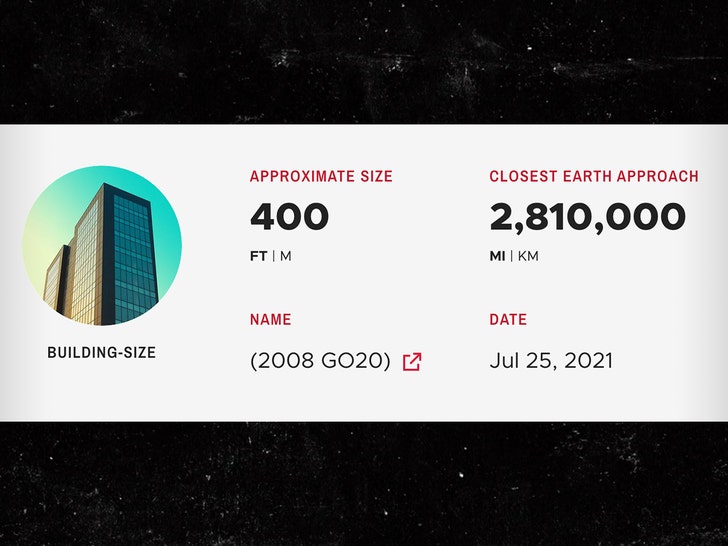 Well, when we say near-collision, it’s all relative. It’s supposed to come as close as 2.8 million miles to our planet. In NASA-ese … it’s labeled an Apolo, which is a “near-Earth” designation.