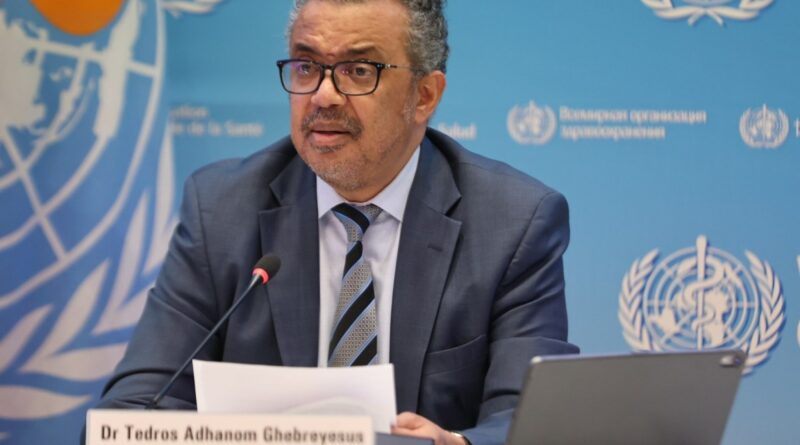 Geneva — Without mincing his words, World Health Organization (WHO) chief Tedros Adhanom Ghebreyesus has again attributed to racism the lack of international action to end the suffering of civilians in Ethiopia’s war-torn Tigray region. The Federal Government in Addis Ababa has hit back in turn, accusing him of partisanship.

“I can tell you that the humanitarian crisis in Tigray is more than Ukraine, without any exaggeration,” Tedros, who is of Tigrayan origin, suggested at a news conference here on August 17. “And I said it many months ago; maybe the reason is the colour of the skin of the people in Tigray. I haven’t heard in the last few months, several months now, even a head of state talking about the Tigray condition anywhere, in the developed world especially.”

He was addressing the news conference on the severe drought in the Horn of Africa, noting that the situation is “very dire” and that that in Somalia is particularly worrisome. In addition to that natural disaster, he added, the “man-made catastrophe” in Tigray is affecting more than six million people and “is the worst disaster on Earth.”

Responding, a spokesperson for Ethiopia’s prime minister, Billene Seyoum, reportedly called for Tedros to recuse himself. She accused him of “unethical” conduct and said his comments were “unbecoming” of a person who held such a high post.

In January, Addis Ababa accused Tedros of supporting the Tigray People’s Liberation Front and called on WHO to investigate him for “misconduct and violation of his professional and legal responsibility.” The Ethiopian Foreign Ministry claimed he “compromised WHO’s reputation, independence, credibility.”

Tedros was born in Asmara, Eritrea, when it was part of Ethiopia, and his family originated from Tigray. He served in various top posts in previous Ethiopian administrations, including minister of health and foreign affairs.

Tedros said that except for some food aid and medicines trickling in, there is no immunisation of children, no vaccinations at all as “the siege by both Eritrean and Ethiopian forces continues.”

“You remember (US) Secretary [Antony] Blinken called it several months ago; it’s ethnic cleansing. It could even be more.”

He prefaced his comparison of Ukraine and Tigray by nevertheless declaring that in Ukraine, “we’re sleepwalking into a major disaster…a serious global disaster.”