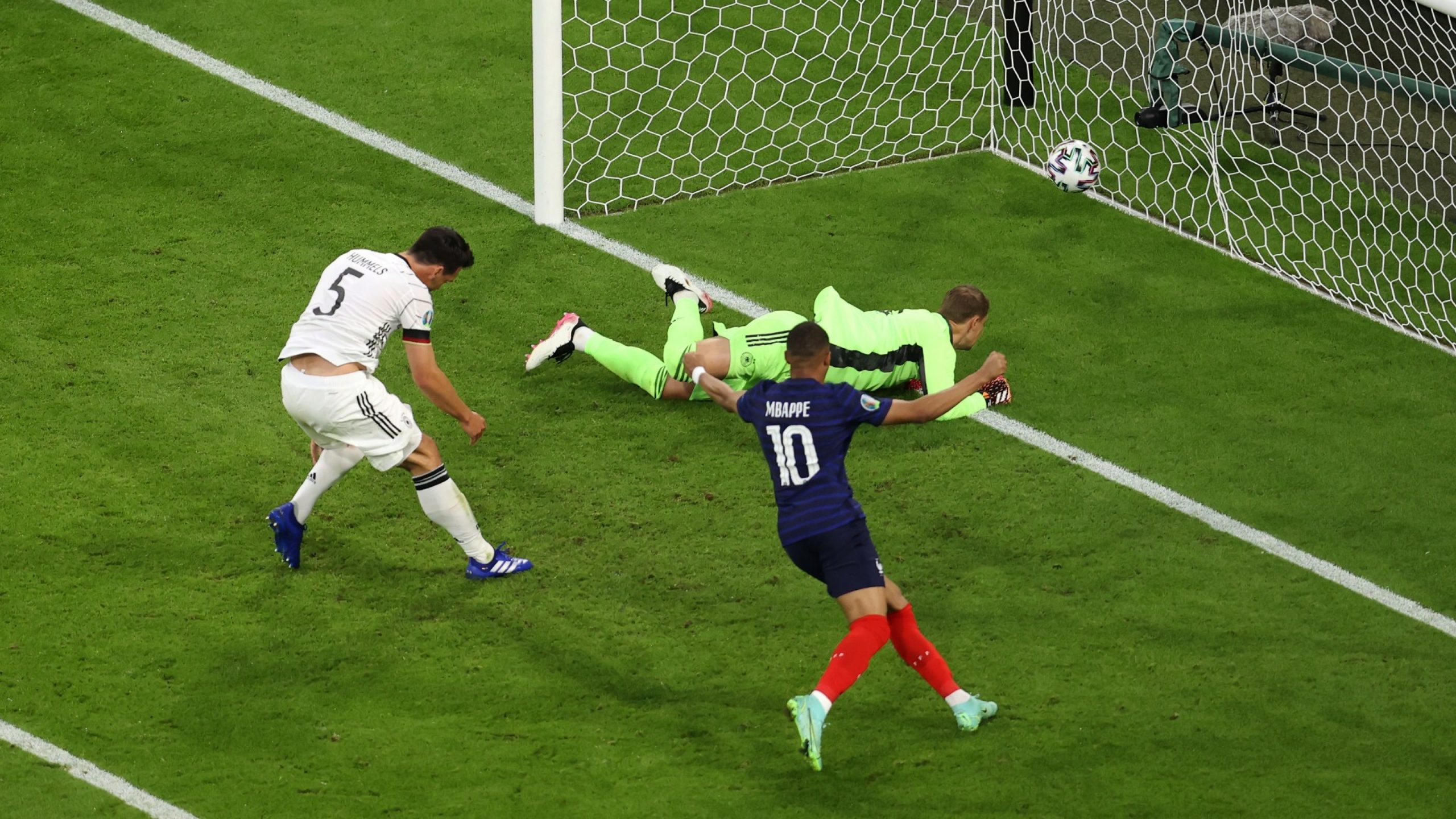 France on Tuesday night emerged victorious over Germany in what was perhaps the most highly-anticipated opening match of Euro 2020 courtesy of an own goal from Mats Hummels in the first half.

It was a heavyweight clash between the last two winners of the FIFA World Cup as they produced a pulsating 90 minutes of end-to-end action but at the end, it was the reigning World champions, France, who secured maximum points at the Allianz Arena in Munich with the 1-0 in the second Group F tie.

In what is his final tournament as Germany manager, Joachim Low deployed his side in a 3-4-3 but the France coach, Didier Deschamps appeared more comfortable in his 4-3-3 set up.

Despite boasting of a lethal strike force that had the likes of Kareem Benzema, Kylian Mbappe, and Antonie Griezman, France’s solitary goal came off an own goal.

A sensational cross by Lucas Hernandez found Mats Hummels, who couldn’t sort out his feet on time and simply walloped the ball past Manuel Neuer in the 20th minute.

Germany improved in the second half and had a glorious chance through Serge Gnabry, but his looped effort went marginally over the bar.

France thought they had taken two-goal leads-first in the 66th minute when a marginally offside Mbappe, curled a shot past Neuer, and in the 86th minute on a break-away, Mbappe crossed for Benzema to slot past Neuer.

Hummels also produced the tackle of the tournament so far on Mbappe in the 78th as the French striker was about to pull the trigger.

With the win, France went second in the group, behind Portugal, who beat Hungary 3-0 earlier on Tuesday.

Tuesday’s disappointing result leaves Germany facing a must-win game against Portugal on Saturday, while France can all but confirm a spot in the last 16 if they beat Hungary at the weekend.