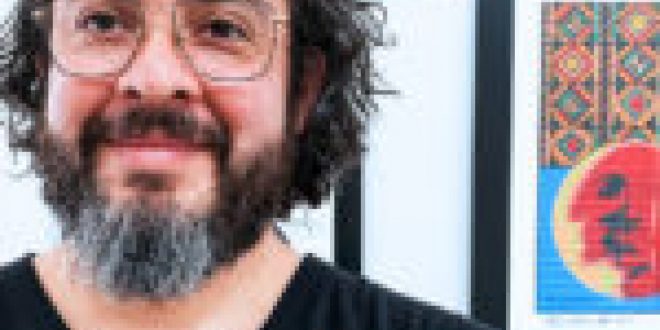 Event Designer Bobby Garza in Austin, in a Pandemic: ‘The Hits Just Keep On Coming’

Yesterday the high was 80-something. In a week, the temperature has swung like 70-something degrees. Now it’s back down into the 50s and raining.

How did your family fare during the snow crisis?

We lost water for two days. There are people in Austin that are still without water. We are incredibly fortunate. It’s definitely a different experience when you have to tell your kids, “Go out and fill up that bucket with as much snow as you can and try not to get any dirt in it.” It wasn’t until I had a conversation with my sister, because she’d been without water for several days:

“I’m fine.”
“Really?”
“Do you know how many countries I’ve been to where people have to boil their water as a matter of course several times a day?”
“That’s a good point.”

After that, I was trying to keep a positive attitude. I brought out every ice chest or cooler that I had and just stuck them on the porch and taught my kids how to flush the toilet without using the handle.

Last week, you said the weather delayed local venues from being able to sign up for Save Austin Venues fund through the Long Center’s online portal. Were you able to catch up?

We had to push back the portal opening by about a week. “How do we double over on the back end to ensure that we actually don’t lose any time? Can we streamline our processes?” These are the same advanced tactics we use with our events: “How do we stretch and squeeze everything to make sure it’s as seamless as possible?”

Will you wind up achieving that?

I don’t think we’ll know. We had our informational webinar, got our website stuff updated and opened the portal on Wednesday [Feb. 24]. It is a bummer, though. I was talking to some venue guys over the break and they were like: “I have $20,000 in damage to my venue right now, I don’t know how I’m going to be able to do anything.” The hits just keep on coming. Thankfully [with] our relationship with the city, as soon as they got all the emergency disaster-type information, we were able to get that out to folks right away and figure out if they want to apply for those disaster loans or not.

Disaster loans are different than the Save Austin Venues funds, which are grants, right?

Correct. If it’s a loan, which is what those Small Business Administration things are, they’re low interest rates, which is awesome, but it’s still a loan. Paying back a loan from no revenue right now is like, “Well, how in the hell do you do that?” A lot of these venue owners, there’s not much more they can absorb and still stay closed.

Are you getting a lot of calls about that right now to sort out which is which?

Yeah. We’re doing our best to just try to help: “Hey, if you need this one, go here; if you need that one, go here.” There were some folks who weren’t able to get into the downtown area to see their venues. It was walking into a big mystery of “did my pipes burst or not?” I’m sure this portal stuff was the last thing on people’s minds.

Will people catch up and say, “This is important, this is how we get the money we need to survive?”

I think so. I’m hopeful in the next few days we’ll be able to start reaching to venues again and saying, “OK, how do you feel about this, do you need any help, is there some information we can give?”

How did your 70-something mom fare through the Snowpocalypse?

Man, she is like living her best life! Cold weather does not bother her. She’s been healthier than most people I know about getting through the pandemic by herself. She’s walking between four and six miles a day. Thinking about that makes me tired. She didn’t stop during any of this snow stuff. She’s like, “Oh, I’ve got snow boots from when we went skiing a couple years ago.” She’d go to the store and they have a two-case limit [on bottled water]. She’d go back and drive around the block and buy another two cases. She ended up sending water up here to me and my sister.

I’m having an image of your mom wearing Groucho glasses the second time into the store to buy her extra water.