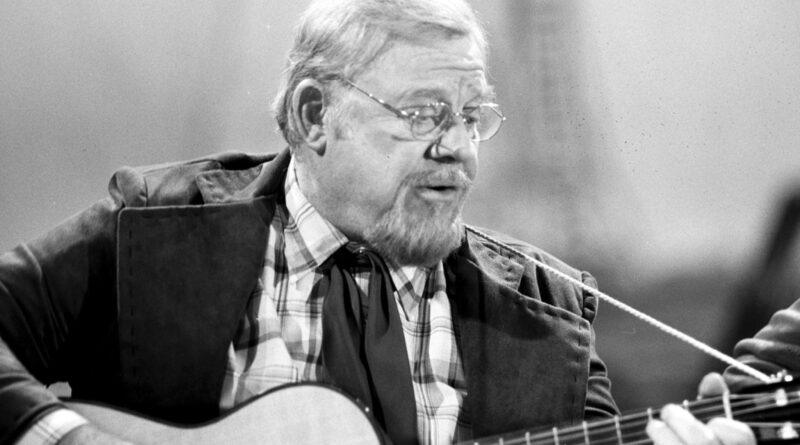 Burl Ives blasts back onto the Billboard Hot 100 chart (dated Dec. 3), as his holiday standard “A Holly Jolly Christmas” re-enters the ranking at No. 10.

The track’s revival can be attributed to annual gains for yuletide hits during the holiday season. The song debuted on the Hot 100 during the 2016 holiday season, 52 years after its release, and has re-entered every year since. The song first hit a No. 4 high over the 2019 holidays, and has returned to its peak in each of the last two years. This year is especially notable in that it brings the song’s highest re-entry, as it becomes the first holiday song ever to re-enter in the top 10.

How rare is it for songs to return to the Hot 100 all the way in the top 10? Pretty rare. In the chart’s 64-year history, “A Holly Jolly Christmas” is just the ninth song to re-enter directly in the top 10.

Generally, songs make steady runs up and down the Hot 100, though in more recent years it’s become more common for titles to debut at high ranks thanks to splashy streaming debuts and then decline, with many also regaining their footing on the chart as their radio airplay solidifies.

Hot 100 rules prevent most catalog titles from returning or debuting if below No. 50. Descending titles are removed from the Hot 100 after 20 weeks on the chart if below No. 50 or after 52 weeks if below No. 25. To re-enter after having graduated to recurrent status, a song must garner enough chart points, with a notable reason for its resurgence.

This is all to say that, for older titles, it’s generally difficult to re-enter the Hot 100 and compete with newer songs generating hefty radio airplay and streaming figures. It’s even tougher to suddenly re-enter in the top 10.

The select songs that have achieved the feat of re-entering the Hot 100 in the top 10 have, for the most part, gained newfound interest after artists were prominently in the news, performed on massive stages or scored a notable synch, as Kate Bush did earlier this year when “Running Up That Hill (A Deal With God)” was featured in Netflix’s Stranger Things.

Here’s a look at all nine songs that have re-entered the Hot 100 in the top 10, listed chronologically: