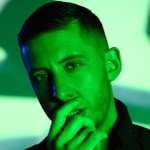 “We are at the beginning of taking him to new heights. With a global team in place and his most exciting, true to form and contemporary music to date,” Taylor-Anderson, Call & Response founder and CEO, tells Billboard.

McNeice adds, “Example is the hardest working artist I know, the past two years as management have been a blessing. With Elliot now being based in Brisbane the link up with Josh at Call & Response was the perfect addition to our global team”.

The singer, songwriter, rapper and producer also boasts a U.K. No. 1 album with Playing In The Shadows, one of three Top 10 appearances.

Currently, he’s based in Brisbane, where he resides with his wife Erin McNaught and two kids. With the U.K.’s summer festival season in full swing, Example will play a string of festival plays in his homeland, beginning Aug. 14 at Chelmsford City Racecourse in Essex, and Australia dates will follow.

He completed a final, sold-out tour in the U.K. before the pandemic closed venues and borders everywhere. Example’s forthcoming album was recorded in Australia.