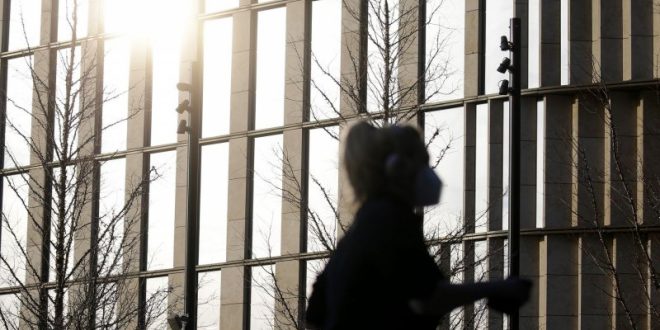 The hot pattern could set dozens of new daily record highs through the middle of June. File Photo by John Angelillo/UPI | License Photo

The magnitude of the heat expected across the western United States through the coming week will be one for the record books, according to forecasters. And it’s not just how hot it will get that will set this particular heat wave apart from others the region has frequently endured in the past — it’s how long it will last.

The hot pattern could set dozens of new daily record highs through the middle of June, in addition to potentially setting new all-time high marks for the month as a whole in some locations.

In anticipation of the ramp up of heat, the National Weather Service has issued excessive heat watches and warnings for parts of central and Southern California, southern Nevada, western and southern Arizona and Utah. Many of these alerts begin on Monday and last through Friday.

Temperatures more typical of July and August will begin to be felt this weekend as the jet stream bulges northward and allows the hot air to flow into the region.

“The heat will only become more intense through the week,” AccuWeather meteorologist Mary Gilbert said.

In an area of the country that is no stranger to hot weather, the intensity and longevity of this heat wave is what has forecasters particularly concerned this go-round. Highs can trend as much as 15-25 degrees Fahrenheit above normal at the peak of the heat wave.

“No easy way to say this, so we’ll just cut straight to the chase: it’s going to be very hot for a long time next week,” the NWS office in Salt Lake City said on Twitter.

AccuWeather meteorologists are predicting Salt Lake City to tie or break its record highs each day from Sunday through Wednesday, with high temperatures near or topping 100 degrees. The longest-standing daily record that will be challenged is Sunday’s record of 100 that has lasted since 1918.

By Tuesday, Salt Lake City’s all-time record high for June of 105 could be in jeopardy of being tied or broken. The city’s record for consecutive triple-digit days of four will also be challenged.

In Phoenix, the NWS called the magnitude of the upcoming heat “rare, dangerous and deadly.”

From Monday through at least Thursday, the Valley of the Sun is forecast to challenge or fully break the high-temperature record each day with highs solidly in the 110s. The city has a significant chance to tie or break its record for consecutive 115-degree days of four. This record was achieved in 1968, 1979, 1990, 1995 and twice in 2020, according to the NWS. On average, it takes Phoenix until the first week of July to achieve a high temperature in excess of 115 degrees.

Las Vegas is another traditionally hot city that will experience the heat to another level through the middle of June. Tuesday through Thursday, Sin City is forecast to approach or reach 115 degrees and challenge record-high temperatures that date back to 1940.

“It is unusual for Las Vegas to reach above 115 degrees, even in the hottest part of summer. The official reporting station for the city has documented temperatures above 115 degrees in only 21 of the last 73 years,” Gilbert said.

“Make sure your outdoor recreation plans are heat safe! With climbing temps, you may be putting yourself at risk if you aren’t prepared. Adjust times to cooler parts of the day & pack lots of extra water!” the NWS in Las Vegas advised on Twitter ahead of the heat wave.

“With this abnormal level of heat across the entire Southwest next week, cooling demands will increase, which may put a strain on the electric grid, as well as residents’ wallets,” Gilbert said.

Experts urge visitors and even long-standing residents who may be more accustomed to such extreme conditions to limit outdoor activity to the coolest times of the day, drink plenty of fluids and spend as much time as possible in air-conditioned buildings.

And the heat won’t just be sequestered to the Southwestern states, with record warmth expected as far north as Montana, according to forecasters.

Farther west, however, clouds and showers from a slow-moving storm system will keep the coastal areas of the Northwest cool.

It may not be completely dry across the interior West either during the spell of heat.

A few pop-up thunderstorms are possible over the higher mountains in Wyoming, Colorado, New Mexico, Utah and Arizona next week, according to AccuWeather senior meteorologist Tyler Roys.

“While bringing beneficial rain to some drought-stricken areas, these pop-up thunderstorms may also pose a risk for igniting new fires,” Roys said.

The risk for wildfire spread will increase amid the heat wave, even in the absence of any lightning strikes. With fuels like grass or brush so dry, the smallest spark may quickly spread into a large wildfire.

A partial solar eclipse is seen from Arlington, Va., on June 10, 2021. The annular or “ring of fire” solar eclipse is only fully visible to some in Greenland, Northern Russia and Canada. NASA Photo by Bill Ingalls | License Photo