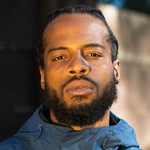 Added Preston, “I’m grateful to have worked for Def Jam from intern to EVP, and I appreciate Jeff Harleston for continuing to believe in me. It’s a dream being from LA and getting to work with local legends like Jhene, YG, and Hitboy. Def Jam has always been a label that has supported artists and their creative vision and expression. I’m excited to help continue to grow that legacy even further.”

Preston has been at Def Jam his entire career, most recently serving as senior vp, A&R, a role he was promoted to in 2018. He joined the label as an A&R intern in 2009 while attending Loyola Marymount University before being brought on staff during his senior year in 2010, after which he signed friend Aiko to the label. He was promoted to vp, A&R in 2014.

Preston is currently in the studio working with YG on his sixth studio album and with Hit-Boy on his debut album.

Fadia Kader has been hired as head of media partnerships and creators at Clubhouse, where she will work with creators and brands across music and entertainment to educate them on how best to utilize the rapidly-growing audio-chat app.

Kader joins Clubhouse from Instagram, where she served as strategic partnerships lead of music. In that role, Kader was responsible for overseeing all creative music efforts while identifying and fostering relationships with established and emerging music talent both on- and off-app. During the pandemic, she was a key force in helping boost Swizz Beatz and Timbaland’s wildly-popular battle series Verzuz on the platform.

Prior to Instagram, Kader worked as senior music partnerships lead at Twitter, senior director of brand partnerships and strategic marketing at Def Jam and senior producer and promotions manager at Complex Media, among other jobs.

“Life can be funny. When I decided to leave IG two months ago it was with the intention of taking on another amazing opportunity,” said Kader in an Instagram post announcing her hire. “But as life would have it, what’s meant for me was right in front of me this whole time and in the last 2 weeks my life took another turn.

“Thank you @johnmayer for inviting me on the platform and subsequently changing the course of my life. Who knew 7 months later I would be joining the team in an official capacity and on the one year anniversary at that !”

Mitzman founded 100 Management in 2015 after negotiating the move of his former client, host/DJ and music producer Zane Lowe, from BBC Radio 1 to Apple Music. In the years since, he has managed the likes of Usher, DJ Netsky, music producer Cirkut and Disney star Olivia Holt.

Also joining the Pulse Management team is Matt McNeal, who has been working as a publishing A&R consultant for Pulse Music Group. McNeal, who was formerly A&R/manager at Dreamville, will join the company in a dual role, straddling Pulse Music Group’s publishing and management divisions. His roster includes Cardiak, Eric Hudson, Rascal, Supermiles, Mario Luciano and Shroom Logic.

“Artistic credibility has never taken a backseat to commercial success at PULSE, and by partnering with Luke on the management side of the business, we’re taking significant steps toward bringing that shared philosophy and talent management expertise into the management division of PULSE,” said Pulse Music Group co-CEO Josh Abraham. “Luke has had great success in identifying talent that will shape and push the paradigm. We’re confident that we have the right team in place to take our PULSE Management clients to the next level.”

Added Mitzman, “Scott and Josh have built a dream company in PULSE with a reputation for its selectivity and creative sensibilities—we plan to carry that forward with PULSE Management. Over the course of many breakfasts, Scott, Josh and I realised how aligned we were on building something that gives the highly focused, bespoke approach of a boutique company, but with the resources and creative muscle of a well-networked management operation.”

Streaming platform Audiomack has appointed Himanshu Suri (who performs as the rapper Heems) to the newly-created role of director of marketing and South Asian music strategy. In the role, Suri will provide a promotional platform for emerging artists in the South Asia region, including India, while helping develop talent in underrepresented territories.

As Heems, Suri launched his career as a co-founder of art-rap trio Das Racist, which was behind the viral hit “Combination Pizza Hut and Taco Bell.” He also released music as a solo artist and formed Swet Shop Boys alongside actor and rapper Riz Ahmed (a.k.a. Riz MC).

As an executive, he previously served as global lead of Indian music & culture at Spotify, where he handled go-to-market music strategy for the launch of Spotify India and programmed over 60 global-facing playlists across five languages and multiple Indian genres for Spotify’s Desi Hub.

“I look forward to working with Audiomack to replicate what they’ve done in Africa for music creators and audiences in India and across the world,” said Suri in a statement. “It’s a privilege to shine a light on Punjabi, hip-hop, and electronic music creators from India and its global diaspora. I’m also excited about spreading independent music from other South Asian countries such as Pakistan, Bangladesh, Nepal, and Sri Lanka.”

Peters comes to EMPIRE from SoundCloud, where he served as vp legal and business affairs. For over a decade, he worked with the digital team and Warner Music to design and execute the initial licensing structures for major streaming services including Spotify, Apple and YouTube. He has also worked with Apple and served as general counsel at streaming service RDIO, where he played an instrumental role in the company’s 2015 sale to Pandora. He additionally crafted new industry standards for content licensing and creation agreements for the podcast company Luminary.

In his new role, Gallegus will oversee EMPIRE’s business & legal affairs team in San Francisco, Los Angeles, Nashville and New York. He joined EMPIRE at its San Francisco headquarters in 2018. Since then, he has become a key dealmaker at the company, reaching agreements for artists including Snoop Dogg, King Von, D Smoke and Lil Durk’s OTF label venture. He previously served as partner and director of business & legal affairs at Above Ground Entertainment, label home to Kehlani.

Griffin has extensive music industry experience, having previously served as CTO of Geffen Records, CEO of Cherry Lane Digital and president of network licensing at Warner Music Group. He is well-known for co-founding the Pho List, a recurring meeting in which participants discuss the digital delivery of art, with a particular emphasis on music monetization. He has also served as a consultant and advisor to Nokia, WIPO and SoundExchange and as an expert witness on copyright issues before the U.S. Senate and House Judiciary Committee.

“I’ve been following Pex closely for years and have watched it grow from just a vision to its current state as the best-in-class identification technology,” said Griffin in a statement. “I’m enthralled to be part of the company that will bring long-awaited transparency and real-time copyright licensing to social media and other user generated content.”

“I’m very excited about the addition of Jim to the team. As a recognized expert in the areas of copyright, metadata, and music licensing, Jim will be an immediate and invaluable asset,” added Pex senior vp of digital rights Bob Barbiere. “He has worked closely with the world’s top rightsholders and content distribution companies and comes with an intimate knowledge of the regulatory dynamics driving the US and EU copyright reforms we are now witnessing.”

Dunstone arrives at Primary from X-Ray Touring, which she joined in 2014. Her roster also includes Kelly Lee Owens, Places+Faces, Maxo Kream and Lancey Foux. Prior to that, she worked at Live Nation.

In the role, Sparrow will be tasked with leading multicultural ad sales revenue for the markets group division. Based in Jacksonville, Florida, she reports to iHeartMedia president of multi-market partnerships Julie Donohue.

Sparrow has over 20 years of sales experience, having served in several high-level management sales roles across markets including Jacksonville, New Orleans, Memphis and Tallahassee. She started her career as a sales representative at iHeartMedia Mississippi in 1999.

Big Sync Music, a global music partner for brands, agencies and content creators that was acquired by Songtradr in 2019, has opened a new office in Warsaw, Poland that will be overseen by Michal Krajewski, who has been named head of music.

Joining Krajewski at the new office are Aneta Kabsa, Mateusz Szmigiero and Piotr Ćwikliński, all of whom come from agency and publishing backgrounds and have worked for networks, independent agencies, festivals and more.

“We’ve been looking to expand into the Central and Eastern Europe region for some time, and Warsaw is the perfect location,” said Paul Wiltshire, CEO of Songtradr. “We’re excited to grow our team in an entirely new culture and bring Big Sync’s initiatives to such an exciting new market.”

“We are excited to join Big Sync and establish the Warsaw office,” says Krajewski. “The Polish market and the wider CEE region is dynamic and growing fast – Big Sync’s services such as music licensing, original composition, and sonic branding will help elevate our game and deliver better services to clients on a global scale.”