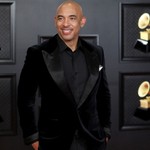 The industry veteran will serve as a personal Advisor to UREEQA and continue being an active advocate for musicians and creators. “I love that UREEQA is getting out ahead to figure out how this technology can benefit Creators,” he said in a statement.

“We’ve been caught off guard before as an industry when technology has presented us with opportunities to see how it was going to affect our business,” Mason jr. said. “With this role at UREEQA, I’m able to use both sides of what I do — the Creator side and the business side — to try and figure out what is next for Creators and what is next for digital and the technology of consumption and distribution.”

Jay-Z’s entertainment company Roc Nation has partnered with Modern Luxury Media to launch EDITION by Modern Luxury, a new brand and multimedia platform aimed at amplifying and elevating “voices that are shaping popular culture,” according to the press release. Appointed editor-in-chief is Isoul H. Harris, who will work with Roc Nation executive vp of strategy and Communications Jana Fleishman on the new project, scheduled to launch in winter 2021.

EDITION was created to offer users the “first fully multi-platform portal into a world of luxury that celebrates talent from diverse communities.” It’ll feature a “fully immersive journey,” which will come to life through print, digital, social and experiential elements, with “insider content” and deeper audio and video storytelling available to be unlocked through hidden tokens embedded throughout the issues.

“The importance of elevating the voices of such a powerful community has never been greater,” said Brett Yormark, president of business operations & strategy at Roc Nation. “We are excited to devote our efforts in creating a platform that is not only exciting but necessary in order to push the luxury media industry forward.”

Harris takes the helm of the project with a multitudinous list of achievements backing him up. The former editor-in-chief of UPTOWN, a national magazine known for chronicling affluent African American lifestyle, he’s won awards for his work as a journalist and has produced digital lifestyle content and experiential programming for Morgan Stanley, Microsoft and American Express Platinum.

“With EDITION, we have a unique opportunity to define what luxury means now, and also challenge how the world perceives and understands culture. I am beyond excited to help shape a visionary platform that understands the aspirational significance of exploring creativity in the luxury space,” Harris said.

Republic Records executive Kevin Lipson has been promoted to the role of executive vp, Global Commerce and Digital Strategy. His most recent title was executive vp, Commerce, Streaming, and Digital Strategy — a role in which he helped elevate the streaming numbers of artists like Taylor Swift, The Weeknd, Drake, Post Malone and Ariana Grande.
His new role will find Lipson overseeing commerce and streaming for Republic acts worldwide, something he’s accumulated quite a bit of experience in during his time at the label. He and his team are responsible for Republic artists setting streaming benchmarks, making the label home to the “‘Top 3 Most-Streamed Artists’ of all-time,’” according to the press release.

“I want our artists to feel unconditionally supported as they hopefully affect the world in a positive way,” said Mr. Lipson. “Our roster is extremely diverse, not only in sound and genre, but also in message and in thought. We’re here to amplify that. Monte, Avery and Jim have inspired a will to never give up. They’ve empowered us with the opportunity and belief to compete at the highest level in an environment where we feel fulfilled. It’s really an honor to be a part of Republic’s legacy.”

Before joining the Republic team seven years ago, Lipson held a variety of senior-level positions in the Universal family of labels across his 25-year career. In addition to Republic, these include Island, Def Jam, UMe and UMG’s commercial partnership division in LA & New York.

Lipson’s promotion was announced by executive vp/general manager Jim Roppo, who said that Lipson’s leadership is the reason behind Republic setting “the gold standard for the music industry.” “His creativity, competitive spirit and extensive relationships, help our artists achieve the highest levels of success, “ he said. “It’s a privilege to announce his well-deserved promotion.”

Sony Music Publishing has promoted their new President, Asia — Carol NG, whose leadership “has been integral to the company’s success,” according to the press release. She’s based in Sony’s Hong Kong office and reports to President, International, Guy Henderson.

Carol has been with Sony Music Publishing since 2012 when they acquired EMI Music Publishing,where she had been working since 1998. In her new role as president, she’ll manage the company’s global network of teams, spearhead creative strategy and roster development, cultivate relationships with industry partners and drive digital opportunities with companies in the Pan-Asian region. She’ll also work on expanding the company’s presence in new markets.

She’ll also continue to work closely with Sony Music Publishing’s local territories alongside Silence Hua, (managing director, China & director Greater China) while working with Kenny Lee (managing director, Korea) to ensure the company maintains its place on the world stage. “I have been very blessed throughout these years working with my team,” Carol said. “We fight hard and support each other; we share tears and laughter; we share visions and make it happen! I am also thankful to Guy who always supports and listens, and to Jon who always appreciates and encourages.”

Sony’s International president Guy Henderson credits Carol with being the “driving force” behind the company’s growth across Asia. “The Asian region is exciting, varied and with new income sources emerging all the time, often challenging,” he said. “It takes a special executive to manage and grow all these facets of our business – Carol is that executive. By leading her very talented team which she has also bolstered by adding new territories to her region, Carol has ensured Sony Music Publishing’s consistent position as the leading publisher in the region.”

AEG Presents has brought on Scott Holtz, who joins as the Global Touring and Talent division as vp, Ticketing Strategy. He’ll expand ticketing strategy and revenue generation in his new role by “using the latest technologies to make nimble and strategic real time pricing decisions in an effort to maximize revenue for the division’s touring artists,” the press release reads.

Holtz brings with him over 18 years of ticketing experience to the concert promotion and venue management company, with his last nine years spent at Live Nation. There, he was responsible for “tens of millions” of dollars in revenue increase across the northeastern United States markets. “Adding Scott to the team brings us to another level in terms of super-serving our artists,” said Gary Gersh, president of Global Touring and Talent at AEG Presents. “His talents, experience and insights are going to be critical in reshaping the way musicians who work so hard to entertain their fans night after night are compensated for their efforts.”

“I am excited to be joining the AEG Presents team and look forward to working with all of the talented individuals that have a hand in the world class events and tours produced by this organization,” Holtz said. “As our business looks to a new future and greater opportunities post-pandemic, I hope to bring some new perspectives on ticketing strategy to help increase overall revenue.”

Feinberg’s new role follows his four-year run as senior vp, Marketing at UMe, which is the catalog division of Universal Music Group. While there, he oversaw social media, audience growth, product management, marketing technology and advertising teams for a roster of names like The Beatles, U2, Guns N’ Roses, Bob Marley, KISS, Elton John, Iggy Pop, and many more.

“I have spent my career at the intersection of music, technology and marketing; I’ve seen many platforms that sought to evolve how fans engage with their favorite artists,” Feinberg said. “After discussions with the Flymachine founders, experiencing authentic shared moments with the broader team during beta events, and assessing the opportunity in the marketplace, it became clear the company has all the ingredients to deliver the best-in-class virtual event experience artists and fans are seeking. I simply had to be a part of bringing it to the world.”

In his new role at Flymachine, Feinberg will lead marketing across digital and product-based initiatives, furthering the company’s goal to become the dominant brand in the virtual venue and livestreaming market. The company recently secured $21 million in funding for this mission, and Feinberg’s part in seeing it through involves focusing on consumer and product marketing, partnerships, audience growth, advertising, branding, direct to consumer and fan acquisition.

“Bringing on Jason to lead our marketing efforts is an absolute no-brainer given his track record at Universal Music Group, Pandora, and beyond,” said Andy Donner, Flymachine COO. “Jason is a seasoned marketing leader and data-driven business builder. Above all, he is an outstanding human who has impeccable character and integrity….and a killer vinyl collection!”

David Carson, Dan Demole and Jesse Korwin have teamed up to create Slip.stream, a platform defined by its library of 50,000 tracks and 40,000 sound effects and dedicated to keep creators’ music safe. “The music and creator economy is rapidly becoming decentralized, with musicians focused on controlling their rights and distribution, and video creators demanding great music in their content, which is where we saw both need and opportunity,” Demole said.

Each of the three founders bring to the table their own list of entrepreneurial credits, with Carson having founded Fuse music television, Heavy.com and New Stand and Demole and Krowin having built their music/tech careers with Jingle Punks — which sold to WME and Anthem Entertainment.

The new company is launched with a combined $300 million in exits. According to Lightshed Ventures Rich Greenfield, the creator economy is one of the “most exciting trend” across the TMT landscape today. “Slip.stream is capitalizing on the rise of the creator economy, empowering creators to combine their video creations with a unique and diverse catalog of music,” he said.

The two departments used to operate as separate entities, but both will now function under the leadership of Das. As the new vp in the Administration department, Hunke will also report to Das. “This new reporting structure will help the department function even more seamlessly, and I look forward to working with Shouvik and Misha in their new roles and seeing the team thrive under their leadership,” said Alison Smith, executive vp, Distribution, Publisher Relations and Administration Services, whom Das will continue to work closely with on managing publisher relationships, customer service strategy and royalty distributions.

“Shouvik and Misha consistently go above and beyond to serve our songwriters, composers and music publishers,” Smith said. “In the past year alone, they’ve overseen multiple initiatives including processing nearly two trillion performances, launching phase one of Songview and the early distribution of royalty payments to BMI’s affiliates during the first two quarters of the pandemic.”

Kobalt has hired Stéphane Berlow as their new managing director, France. Berlow, who was most recently the CEO of BMG Rights Management France, will be based in Paris and run the multi-service music company’s French operations.

Prior to his role as CEO at BMG Rights Management, Kobalt served as the managing director and president of BMG Music Publishing France. He guided the companies throughout domestic acquisitions and signings in music publishing, master recordings, artist services and production music, and is credited with the signing and development of major French acts and songwriters, including Nekfeu, Bigflo & Oli, Jeanne Added, and Skip The Use.

“With Stéphane’s extensive expertise across music publishing and recordings in France, we can’t think of anyone better suited to help us lead our French operations,” said Kobalt CEO Laurent Hubert. “In Berlow, we have a highly experienced leader and I look forward to working closely with him to expand our global footprint and provide great service for our songwriters and rights holders.”