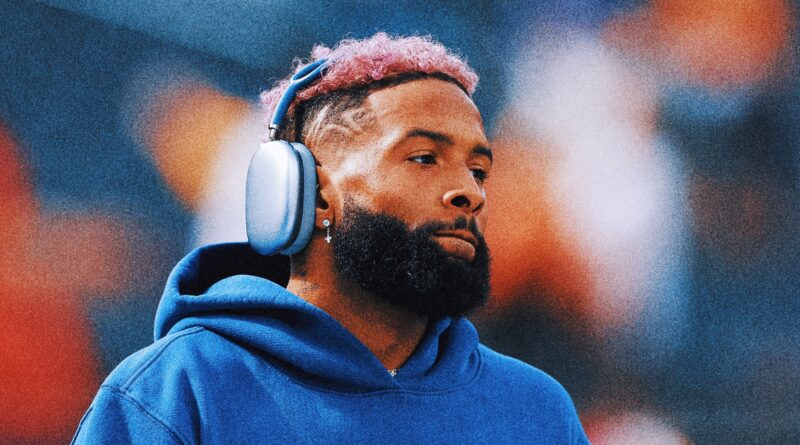 The Dallas Cowboys aren’t even trying to hide it: They want Odell Beckham Jr.

One day after owner Jerry Jones praised the star wideout and said he’d “look pretty good” wearing a Cowboys uniform, two of the team’s most prominent players intensified the recruitment.

All-Pro linebacker Micah Parsons elaborated even further on the topic, intimating Beckham can help the Cowboys win the Super Bowl.

“S—, we can use him,” Parsons said. “I think he’s a great player. He’ll expand this offense. He’s a guy you want on the team beside all the other critics stuff that people make up and s— about him. He can add real value to the team and help us do what we want to do.

This mutual flirtation could result in an actual contract soon enough.

While the Cowboys are firmly in the NFC playoff mix at 6-2, they could certainly use a boost on offense. They hadn’t eclipsed 25 points until their previous game against the rebuilding Bears. Their passing game has particularly underwhelmed, producing an average of 190.6 yards per game (25th in the NFL). Moreover, leading receiver CeeDee Lamb hasn’t emerged into the No. 1 option the club envisioned upon selecting him No. 17 overall in 2020.

Projecting what the 30-year-old Beckham can offer is tough, given that he’s working his way back from a second ACL tear. He hasn’t been a Pro Bowler in six years, but he did shine during his half-season cameo with the Los Angeles Rams last year. In 12 games, including playoffs, he tallied 48 receptions, 593 receiving yards and seven receiving touchdowns.