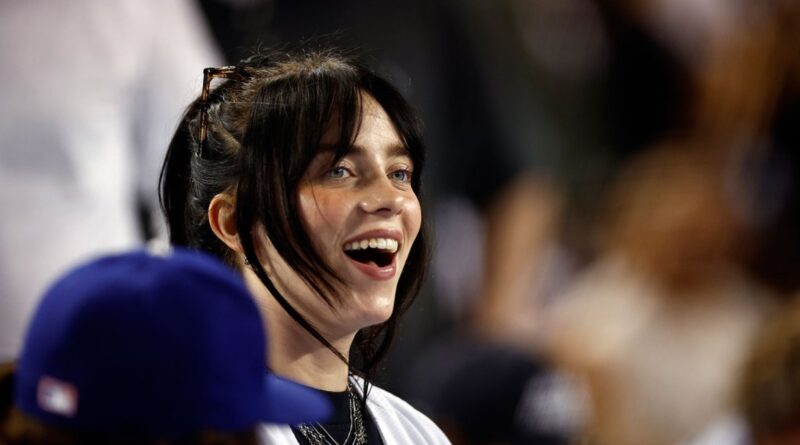 Billie Eilish attends a game between the San Francisco Giants and the Los Angeles Dodgers in the fifth inning at Dodger Stadium on July 21, 2022 in Los Angeles.

Music fans voted in a poll published Friday (July 22) on Billboard, choosing Eilish’s new EP as their favorite new music release of the past week.

The surprise two-track EP, with the songs “TV” and “The 30th,” delivers an acoustic, raw feel from Eilish. Upon their release, the singer-songwriter expressed to fans that the tracks “mean so so much to me. i am so happy for them to be yours.” Guitar Songs arrives just a year after Eilish’s sophomore studio album, Happier Than Ever.

Trailing behind the latest release from Eilish on the fan-voted poll is Megan Thee Stallion’s new song “Pressurelicious” featuring Future, with almost 16% of the vote.

See the final results of this week’s poll below.