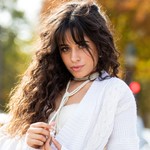 “Don’t Go Yet” is the first new music from the former Fifth Harmony member since the release of her 2019 sophomore album, Romance, which peaked at No. 3 on the Billboard 200. The new tune will appear on Cabello’s upcoming third album, Familia.

Cabello recently received backlash on social media following the live debut of “Don’t Go Yet” on The Tonight Show Starring Jimmy Fallon. Joining her on stage for the Friday performance were a number of dancers, all dressed in ’80s costumes, reflecting the theme of the new song’s music video. Some Twitter users criticized the singer for performing with a white dancer whose skin appeared much darker in his stage makeup.

In response to the tweets, Cabello said that the intention was for the dancer to look like a character with a bad fake tan. “The point was to try to make each person look like an over the top 80’s character just like in the video, including a white dude with a terrible orange spray tan,” she wrote.

Placing second on the past week’s tally with nearly 32% of the vote was Lil Nas X’s latest song “Industry Baby,” featuring Jack Harlow. In the swagged-out, expertly crafted rap anthem, Lil Nas shuts down misconceptions that he’s a one-hit wonder and gives a nod to his upcoming debut album, Montero, rapping, “Need to get this album done.”