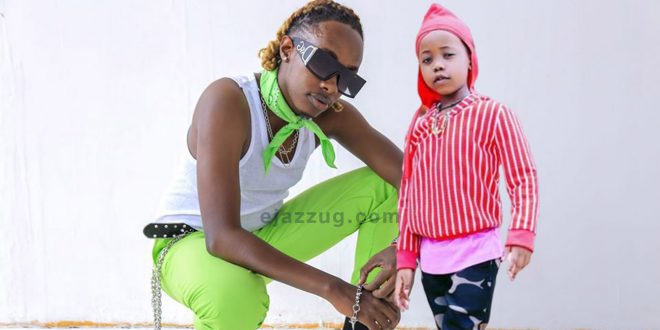 Rappers Feffe Bussi and Fresh Kid are smiling to the back after grabbing a mouth-watering brand ambassador deal for Africel, a telecom company in Uganda.

The two who were also used to make the company’s latest advert are said to have signed some good years as Africel brand ambassadors.

This comes shortly after the company made major changes in its top positions, a move that saw the previous ambassadors dropped. Among those dropped was TNS’ Sheebah Karungi and Roden Y Kabakko, NBS Tv’s Douglas Lwanga and Sheila Gashumba.

This is Feffe Bussi’s first major deal whereas, for Fresh Kid, he has had Canaan Soda, Kampala Parents School and Bravo Shoes among others.

Feffe Bussi could not wait to take the joy to his social media.