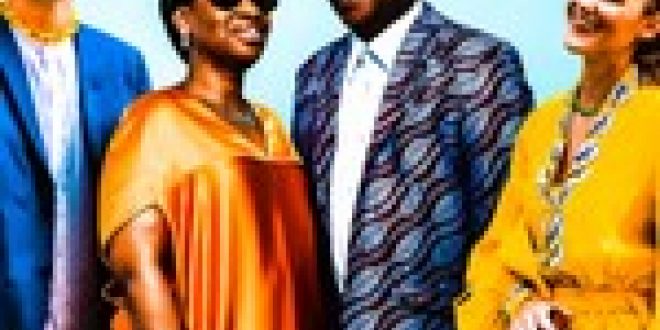 And, of course, we’ve got the best new dance tracks of the week. Let’s dig in.

Dance scene busy bees Sofi Tukker link with legendary Malian husband and wife duo Amadou & Mariam for a hot track that’s a true sonic melting pot. Produced between Paris, Mali and Sofi Tukker’s base in Florida, the song is sung in Portugese, French and Bambara, the national language of Mali. The track sounds like all of these places too, fusing African percussion, Brazilian rhythms and good old Florida synth into a sophisticated, joyfully energized vibe. Even better is that “Mon Cheri” is a good time for a good cause — the track comes from the forthcoming Red Hot + Free compilation, which benefits The Ally Coalition, Trevor Project and SAGE, groups working for LGBTQ equality, suicide prevention in LGBTQ youth, and the elderly LGBTQ community affected by HIV/AIDS.

“This song is a dream come true,” Sofi Tukker gushes in a statement“About a year ago, when Red Hot approached us about doing a collaboration, they asked us who our dream collaborators would be. We said Amadou & Mariam. Soph grew up listening to Amadou & Mariam all the time and in college, studied West African dance and music. We couldn’t believe it when they came back to us saying they’d be interested….his is one of our favorite songs we’ve ever made and couldn’t be more grateful to Amadou & Mariam for sharing it with us!” — KATIE BAIN

House hero Solomun has long been a proponent of the idea that music is better when shared. His Solomun +1 event series sees him paired on stage with a like minded artist, and he’s hosted some of the best names in the house, tech-house and techno scenes. How fitting that his sophomore album, more than 10 years in the making, comes after a year-and-a-half of social isolation.

“The album title Nobody Is Not Loved speaks to the idea that music loves everyone” Solomun is quoted in a press release, “no matter who you are, what you look like or what you believe.” The 12-track offering is lively and inviting, a celebratory collection of cinematic grooves and pounding rhythms with vocal features from Oscar-winner Jamie Foxx, Planningtorock, Zoot Woman and more. We’re particularly fond of “Never Sleep Again,” which is mostly a Kraftwerkian instrumental save for an equally-Kraftwerkian robot voice that brings the album concept to its thematic peak. Who among us doesn’t have a story to tell of their first wild night on a dancefloor; how they finally understood the appeal of electronic music and in that moment dedicated their life to the pursuit of disco-laced bliss? “Never Sleep Again” is pretty much that in three minutes and 18 seconds. — KAT BEIN

Drama’s new song “Don’t Hold Back” feels like being stuck between two places. The electronic-R&B hybrid, the Chicago duo’s first solo release since their 2020 debut album Dance Without Me, has production that radiates summer chill with its warm groove, sax riffs and soft vocal hums; while member Via Rosa’s icy yet impassioned vocals (which recently featured on Gorgon City’s “You’ve Done Enough”) evoke wintry sadness and longing. The singer and her subject are similarly frozen in transition, past the honeymoon phase of their relationship but afraid of going further for fear of what could happen when you allow yourself to be raw and vulnerable, for better or worse.
“The song is a reminder to keep moving, speak your truth, and be fearless,” Drama write in a statement. “We wish for and work towards certain people or successes in life, and when they arrive, we often look at ourselves with doubt. ‘Don’t Hold Back’ tells us to, quite frankly, not to hold back – to let go and trust ourselves as we grow.” — KRYSTAL RODRIGUEZ

House music is church for most of us, and Bakermat’s latest single “Ain’t Nobody” takes that notion seriously. A bright, bubbly, horn-laced jam full of thumping drums and a powerful gospel choir, “Ain’t Nobody” is the soulful sing-along that aims to cure your quarantine blues. It’s also the lead single to the Dutch DJ’s forthcoming fourth LP, The Spirit.

“Since ‘Teach Me’ back in 2015, I really wanted to make a gospel inspired tune again,” Bakermat is quoted in a press release. “I absolutely love mixing genres, and when I stumbled upon the original acapella by LaShun Pace, I immediately began writing chords. I’m glad she approved me to release the end result.” He says the track is “best enjoyed in sunny environments with positive people,” and we’re sure he’s right on the money about a song that sounds like summer on a stick and arrives in a moment when we’re all ready to get outside and let the sunshine on our skin. — K. Bein

In 2019, British producer Eagles & Butterflies had a surprise summer hit with his ‘80s-influenced song “Can’t Stop,” which in addition to charting airplay in Ibiza received backing from Solomun, Dixon and Pete Tong. Two years later, he’s back with its spiritual sequel, “Rebel” featuring Shey Beba, which sounds like what would happen if Tame Impala made music for playing in grungy, hole-in-the-wall nightclubs. Beba’s vocals take flight over the psychedelic, rock-tinged beat while synths with neon auras cascade into infinity. Though “Rebel” has more traditional song structure than firm club bones, its third act could easily set a dance floor ablaze, rushing in with tangles of searing electro synths dripping in acid and angst.  — K.R.

Today Korean sensation 박혜진 Park Hye Jin leans into the stonier side of her output with “Y Don’t U” a collab with mainstay producer Clams Casino (known for his work with A$AP Rocky, Mac Miller and FKA Twigs, along with his own productions) and Take a Daytrip (Travis Scott & Kid Cudi, Lil Nas X.) The song extends the coolly hypnotic vibes of her lauded 2020 How can I EP, with Hye Jin rapping rhetorical questions about the nature of commitment in Korean and English. “I first recorded it when I lived in London,” the producer says in a statement. “I remember when I was a little more innocent and pure. Hye Jin is more innocent when she falls into such a love; not anymore though I guess.” Turn this one up if you can relate. — K. Bain