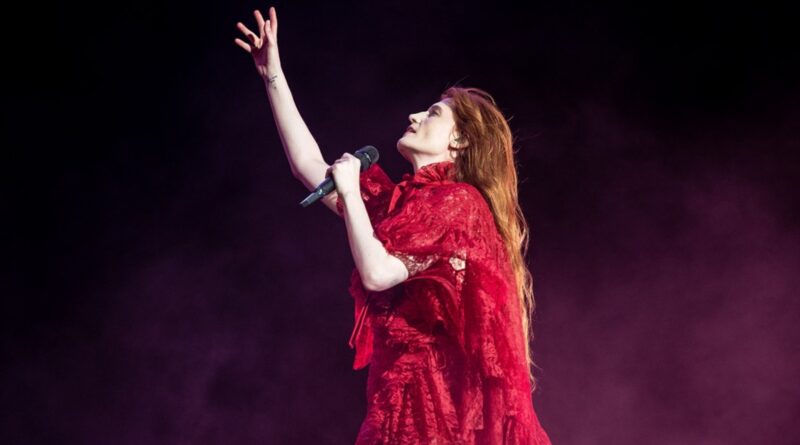 ‘Dancing on an injury is not a good idea,’ Florence Welch said.

Florence Welch of Florence & The Machine performs on the NOS stage at day 2 of NOS Alive festival on July 07, 2022 in Lisbon, Portugal.

Florence + the Machine has postponed the remainder of its U.K. tour after lead singer Florence Welch broke her foot.

The charismatic frontwoman for orchestral rock band took to social media on Saturday (Nov. 19) to share the upsetting news with fans, noting that she had been dancing on her injured foot while performing at London’s O2 Arena on Friday evening.

“I’m so sorry to say that after an X ray it seems I was dancing on a broken foot last night,” Welch wrote on Instagram alongside a photo of a blood-spattered empty stage.

The singer is known for performing barefoot during concerts. Video footage from Friday’s concert shows the group’s stage crew wiping the stage between songs, presumably because of the blood.

Welch continued, “It is not in my nature to postpone a show, and certainly not a UK tour, but I’m in pain and as dancers know, dancing on an injury is not a good idea. And have been told not to perform to avoid further damage.”

Florence + the Machine’s U.K. tour was scheduled to run through Nov. 30 in Dublin, Ireland. The trek will be rescheduled for 2023. At press time, the band had live shows scheduled for next year in Australia, New Zealand, Europe and the U.K., according to its website.

“Please hang on to your tickets. We are working our hardest to reschedule these dates for next year and we will let you know as soon as possible,” Welch added in her post. “I’m heartbroken as the Dance Fever tour has been my favourite show we have ever put on. The communion with you. Your beautiful faces shining. I love you so much, and I’m so sorry to anyone who is disappointed.”

Florence + the Machine is touring in support of its latest album, Dance Fever, which topped the U.K. chart, and reached No. 1 on Billboard‘s Top Rock Albums and Top Alternative Albums charts.