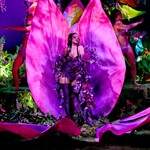 You already knew Rihanna was a boss onstage, onscreen and in the studio. But the singer is also now officially a boardroom billionaire. According to Forbes magazine, RiRi has reached rarified pop air thanks to her mega-successful four-year old Fenty Beauty brand, which it estimates has pushed her personal fortune to $1.7 billion.

The gaudy figure gives Rihanna the bragging rights as the wealthiest female musician in the world and puts her just behind Oprah Winfrey as the richest female entertainer on the planet. The magazine estimates that the bulk of Rih’s fortune is not from her music career, but from the value of Fenty Beauty, which she launched in 2017 and owns 50% of; Forbes eyeballed her half-stake in Fenty as being worth around $1.4 billion.