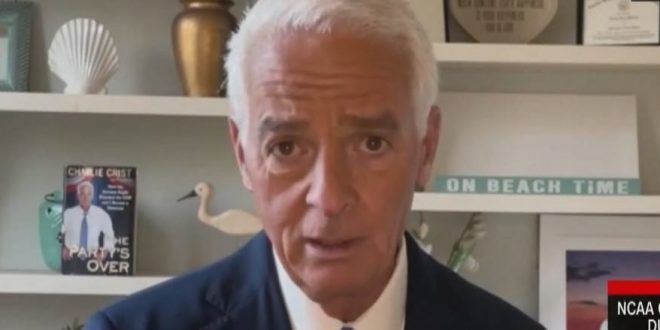 Crist, who switched from Republican to Independent in 2010 after he was about to lose a U.S. Senate primary race to Florida Sen. Marco Rubio, then later became a self-described “Barack Obama Democrat,” told “CNN Newsroom’s” Pamela Brown on Saturday that he has not made a decision yet, but is “closer to it by the day.”

“Of course it’s premature,” Crist said, criticizing gatherings in Miami and the lack of restrictions in the state. “I’m an old football player and you don’t celebrate a touchdown until you get in the end zone. We’re not in the end zone on this thing yet.”

DeSantis, South Dakota’s Kristi Noem, and Tennessee’s Bill Lee are among just a few GOP governors to eschew a statewide mask mandate during the ongoing pandemic, instead leaving the decision to local authorities.

Brown pointed out Florida’s low unemployment rate and COVID mortality rates compared to other states, asking Crist if DeSantis “deserves any credit for the state’s handling of the pandemic?”

The Democratic congressman shifted credit to local authorities and blamed the current governor for “irresponsible leadership” before bringing up an ongoing controversy about vaccines distributed “in a mostly white Republican, mostly wealthy neighborhood.”

“Have you decided whether you are going to run for governor and challenge DeSantis next year?” Brown asked. (RELATED: CNN’s Brianna Keilar Scolds Ron DeSantis For Drinking A Beer And Having Fun In Daytona Beach)