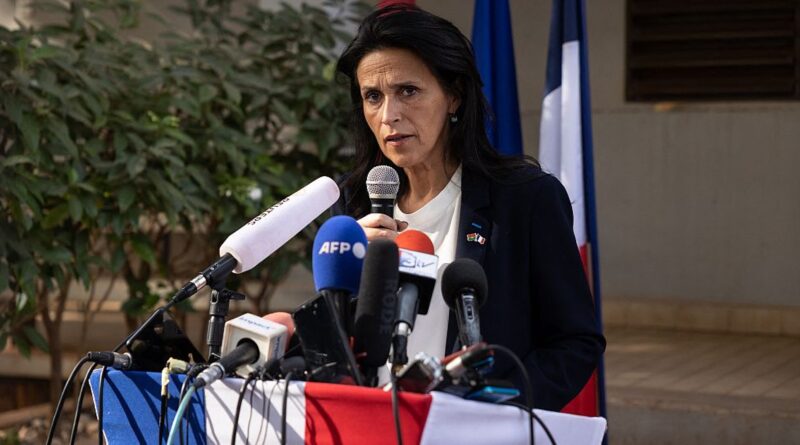 France’s deputy foreign minister, on a visit to jihadist-torn Burkina Faso, denies accusations that Paris is seeking to meddle in the already troubled former colony.

Speaking after her exchange with junta leader Captain Ibrahim Traore, junior minister Chrysoula Zacharopoulou affirms that France “is imposing nothing” on Burkina Faso.

“I have come to bring a clear message, that of the continued commitment of my country, of France, in an important moment. In keeping with this message, France remains committed on all levels, humanitarian, security, and development, to the degree and in the forms that the Burkinabe authorities wish,” she defended.

Moreover, the ongoing Sabre operation that aims to track down Jihadist leaders in the Sahel region was also discussed.

“As for Sabre (the special operation charged with tracking down jihadist leaders in the Sahel, editor’s note), we remain present as long as our presence is desired. The Sabre soldiers are present with the agreement of the country’s authorities. We are in a sovereign country, it is up to the country to determine the choice of its partners,” clarified Zacharopoulou.

The talks between both countries, comes as a response to mounting pressures due to accusations of neo-colonialism and a growing anti-French sentiment encouraged by Captain Traore and critics demanding closer ties with Moscow.

Burkina Faso is reeling from a jihadist insurgency that swept in from neighboring Mali in 2015.

Thousands of people have been killed and around two million have fled their homes, igniting a security and humanitarian crisis that last year fueled two coups.

More than a third of the country lies outside the government’s control.

In December, the junta ordered the suspension of Radio France Internationale (RFI), accusing the station of having broadcast a “message of intimidation” from a “terrorist leader”.