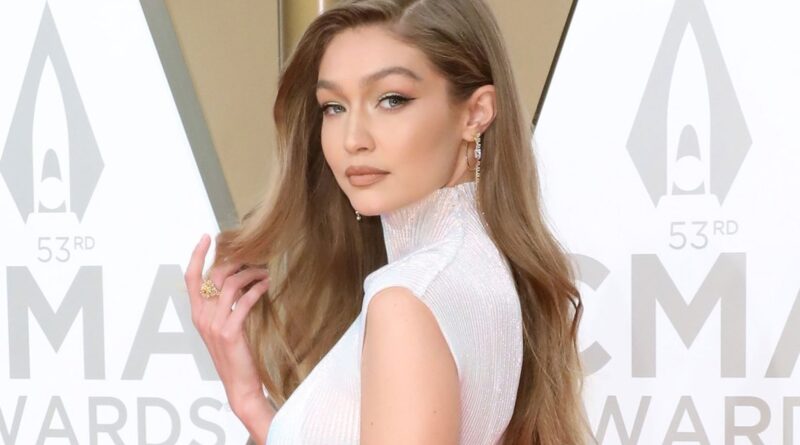 The model and her daughter with Zayn enjoyed a beach vacation filled with sunshine and laughter.

Gigi Hadid took to social media on Friday (Jan. 20) to show off her recent beach vacation with daughter Khai.

“Celebrated the new year w a lil r&r,” the supermodel captioned the slideshow on Instagram.

Though she follows a strict policy of keeping Khai’s face off social media, the seaside snaps made clear the 2-year-old she shares with ex Zayn was there for the fun.

In one photo, Hadid spells out “Mama [hearts] Khai” in the sand with her own head cut out of the frame. Another shows Khai balanced on her mom’s shoulders in stark grayscale, while a third features the tot carefully outside the edge of the photo, frolicking in the surf while Hadid wears a red bikini top and baggy, multi-colored board shorts over her matching bottoms.

A few months ago, Hadid offered an update on Khai’s growth and development, telling Sunday Today, “I think she’s a genius. But I think that’s what everyone says about their kid. It’s so much fun. The more that she talks, and understands, and remembers, it just gets more and more fun. And she’s a blessing.”

For his part, Zayn most recently unveiled “Angel,” a posthumous collab with Jimi Hendrix in honor of what would’ve been the late guitar legend’s 80th birthday. At the time, the former One Directioner called being asked to join the track “such an unexpected and huge honour,” adding, ” I have so much respect and admiration for Jimi, his music and fans…Happy 80th Jimi.”

See the sweet photos of Hadid and baby Khai’s holiday in the sun below.