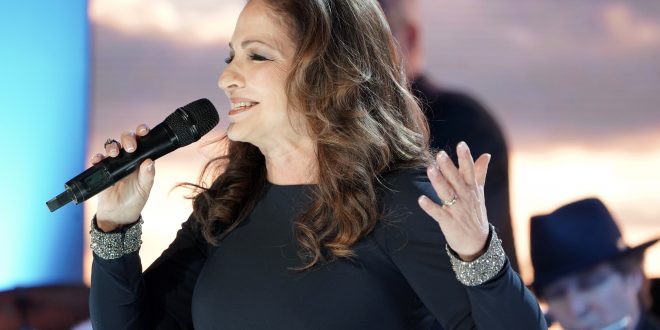 Global Latin pop legend and entrepreneur Gloria Estefan has told CNBC she is facing some hard business decisions in her home state of Florida, as it continues to battle the coronavirus crisis.

The international music icon also said the U.S. had suffered from a “a serious lack of leadership” in its handling of the pandemic so far.

Seven-time Grammy award winner Estefan was speaking after the release of her new album, “Brazil305,” which celebrates her life-long love of Brazilian music and features new songs and re-recorded samba versions of some of her classic hits.

The album — her first in seven years — had been set for release in 2017 but was delayed after her mother passed away, and then most recently by the global crisis and the worldwide response to the death of George Floyd.

“I’m happy that it’s finally out there to at least entertain people a little bit, maybe make them forget, or dance around their kitchen or wherever they may happen to be,” she said.

Along with her music-producer husband Emilio, singer-songwriter Estefan is one of Miami’s most famous residents and owns restaurants and hotel resorts in Florida.

The state has become one of the worst-hit by Covid-19 in the U.S., and last week it reported a new record of 276 deaths in one day. Overall, over 9,539 deaths have been reported in the state, according to Johns Hopkins data, with 576,094 confirmed cases.

New York, New York – May 15: Gloria Estefan performs onstage at the Statue Of Liberty Museum Opening Celebration on May 15, 2019 at Ellis Island in New York City.

Asked about the impact of the pandemic on her businesses, Estefan told CNBC she is now having to consider moving in a new direction.

“It’s going to change things. We have to make some hard decisions, Emilio and I, because you don’t know how long you can sustain … We will see … we still don’t know, which is tough,” she said.

The global superstar and humanitarian said the couple had retained their staff for as long as possible, and had also helped find 300 of their former workers ongoing employment in a pharmacy business in the state.

During the crisis, Estefan and her husband also used their restaurants to provide 500 meals a day to healthcare workers and first responders across Miami.

The musician, who has sold over 100 million records throughout her career so far, also released “a public service announcement” during the lockdown response to the pandemic, with a music-video parody of her global hit “Get On Your Feet” becoming “Put On Your Mask.”

Asked about the leadership from U.S. President Trump’s administration and his handling of the pandemic so far, Estefan said the country needed inspiration from the top and a “mask mandate.”

“I think we’ve suffered from a serious lack of leadership. I think that at the beginning, the prudent thing would have been to listen to the task force that was really expressing that the best way we could protect everyone was to have a mask mandate,” she said.

The White House was not immediately available for comment when contacted by CNBC, however White House senior advisor and the U.S. president’s son-in-law, Jared Kushner, has defended Trump’s response to the coronavirus pandemic.

“President Trump has opted not to politicize it and he’s done everything possible to try to figure how to help people get whatever care they need,” Kushner told CNBC Friday.

“This is a global pandemic, it came from China into our country. It’s ravaged many countries throughout the world and I think President Trump has dealt with it in a very responsible way.”

Estefan, who is one of the most successful Latin music crossover artists in history, said in this U.S. election year, the wearing of masks had “become politicized when it really should not be.”

Originally born in Cuba, Estefan said politics there was either “pro-Fidel or against-Fidel,” referring to the revolutionary and former Prime Minister and President Fidel Castro.

Estefan says she took a lot of hope growing up in the U.S. and seeing “balanced” and “level headed” debates and discussions. But she said it’s something she is no longer witnessing.

“Those days are gone unfortunately and that, it’s a sad thing for me to see, but we really need all our politicians on both sides of the aisle to step up and try to create some hope and balance and listen to each other,” she said.

‘We need some estrogen in positions of power’

The renowned artist said she was “very, very happy” with the announcement of Senator Kamala Harris as the Democratic Vice Presidential Nominee.

“A woman of color, the daughter of two immigrants from Jamaica and from India … that fills me with a lot of hope just as a woman, because I think we need some estrogen in positions of power,” she said.

Looking ahead to the U.S. election, Estefan said one major issue could potentially be voter suppression due to the impact of Covid-19, with people possibly fearful to stand in line to vote.

“As a woman, and particularly as an immigrant, it is incredibly important for me to vote … come hell or high water I will cast a vote. And I hope that everyone, especially our young people turning 18, that they will register and vote. Whatever their decision … we need to vote,” she said.