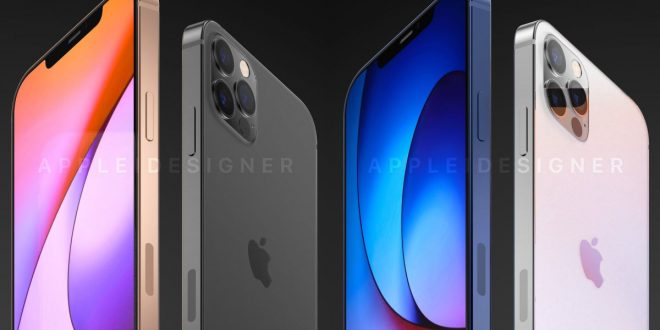 Earlier this week, we got a look at the iPhone 12 Pro chassis, minus the screen. Now, thanks to new renders from @apple_idesigner, we’ve got a good idea of how this will look with the screen in its rightful place.

Not only are the pictures in line with all the latest rumors of the iPhone 12 Pro’s design, they match the chassis leak down to the smallest details, including the new location of the SIM tray and 5G antenna.

Putting in a screen doesn’t add a great deal to this, but it does at least confirm the other details we know: the notch is still hanging on, and there won’t be a return to the Home button any time soon.

The aesthetic will likely divide opinion, but it evokes the feel of 2010’s iPhone 4 with its flat edges and gentle curved corners. Of course, a decade’s worth of advances aren’t lost: the screen covers almost the entirety of the front nowadays, and the camera array is considerably more complex.

There are three cameras in the mix plus an additional LiDAR depth sensor previously only available on the latest iPad Pros. Accompanying the rumored main camera, telephoto lens and wide-angle shooter, the LiDAR depth sensor will reportedly allow for better auto focus, low light and AR performance.

While @apple_idesigner has so far only produced renders of the iPhone 12 Pro, the standard iPhone 12 likely won’t look too different, if past versions are anything to go by. The main difference is size (5.4-inch and 6.1-inch for the iPhone 12; 6.1-inch and 6.7-inch for the iPhone 12 Pro) and the number of cameras – the standard iPhone 12 will reportedly make do with just the two lenses, and lose out on LiDAR. While we had heard that the Pro versions would get a 120Hz screen, the latest word is the feature has now been abandoned.

In terms of day-to-day performance, the iPhone 12 family should be identical across the board with all handsets benefiting from the brand new A14 Bionic processor. Not only will this be a performance shot in the arm over the previous generation, but the 5nm manufacturing process should mean that efficiency is improved which could lead to vastly improved battery life.

The iPhone 12 family should be officially unveiled soon, but those hoping to see the handsets at next week’s Apple event are likely to be disappointed by most accounts. Next week will reportedly all be about the Apple Watch 6, with the company set to unveil the iPhone 12 closer to release in October. That’s later than usual, but then past years haven’t been disrupted by a global pandemic…