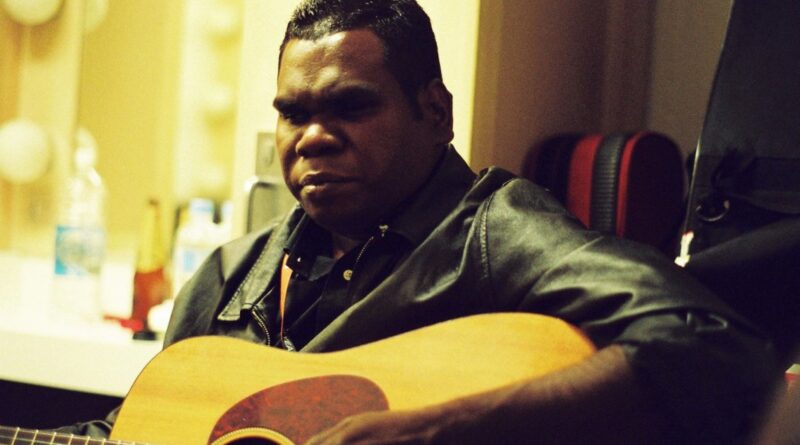 Geoffrey Gurrumul Yunupingu, the late Indigenous Australian singer whose rare gifts were described by Quincy Jones as “unbelievable,” will be inducted into the NIMA Hall of Fame, with a celebration during the 2022 National Indigenous Music Awards this Saturday (Aug. 6).

On the night, Gurrumul will be remembered with a tribute performed by fellow Saltwater Band member Manuel Dhurrkay.

Blind from birth and raised in the remote Galiwin’ku community on Elcho Island, off the coast of Arnhem land in the Northern Territory, Yunupingu was recognized as one of Australia’s great talents when he died in 2017, aged 46.

Sung entirely in his native Yolngu language, the LP peaked at No. 3 on the ARIA Albums Chart following his stunning performance at the 2008 ARIA Awards, where he collected a pair of trophies, for best world album and best independent release, adding to the one he earned with “Treaty” band Yothu Yindi in 1992.

His followup LPs Rrakala and The Gospel Album both peaked at No. 3 in his homeland.

A year after his death, Gurrumul made history with Djarimirri (Child Of The Rainbow), which debuted at No. 1 on the ARIA Albums Chart to become the first LP in an indigenous language to lead the national survey. Djarimirri took out the Australian Music Prize and Gurrumul posthumously won four ARIA Awards, including best male artist.

In the same year, his life and extraordinary talents were explored in a feature-length documentary, Gurrumul.

His posthumous induction sees Gurrumul join the likes of previous inductees including Warumpi Band, the late Archie Roach, Kev Carmody and Yothu Yindi, and his works will be celebrated further with an exhibit at Melbourne’s Australian Music Vault from this Friday (Aug. 5), and a special performance tomorrow (Aug. 4) in Darwin of his music.

The NIMAs, the first in-person ceremony since 2019, will also be honoring the life of Archie Roach, who passed Saturday (July 30) at 66.

“We’re proud to once again support this incredible music event, and share the biggest and brightest First Nations talents Australia wide with our broadcast.

With four nominations, BARKAA, the Malyangapa and Barkindji woman and rising star, is in the box seat, while singer and rapper Baker Boy has three chances, including artist of the year.

The show will take place at the Darwin Amphitheater, presented by Amazon Music and broadcast around Australia on NITV, SBS Viceland, NIRS, Facebook and SBS On Demand.

The Northern Territory Government and Australia Council for the Arts in association with Darwin Festival are supporters of the annual event.