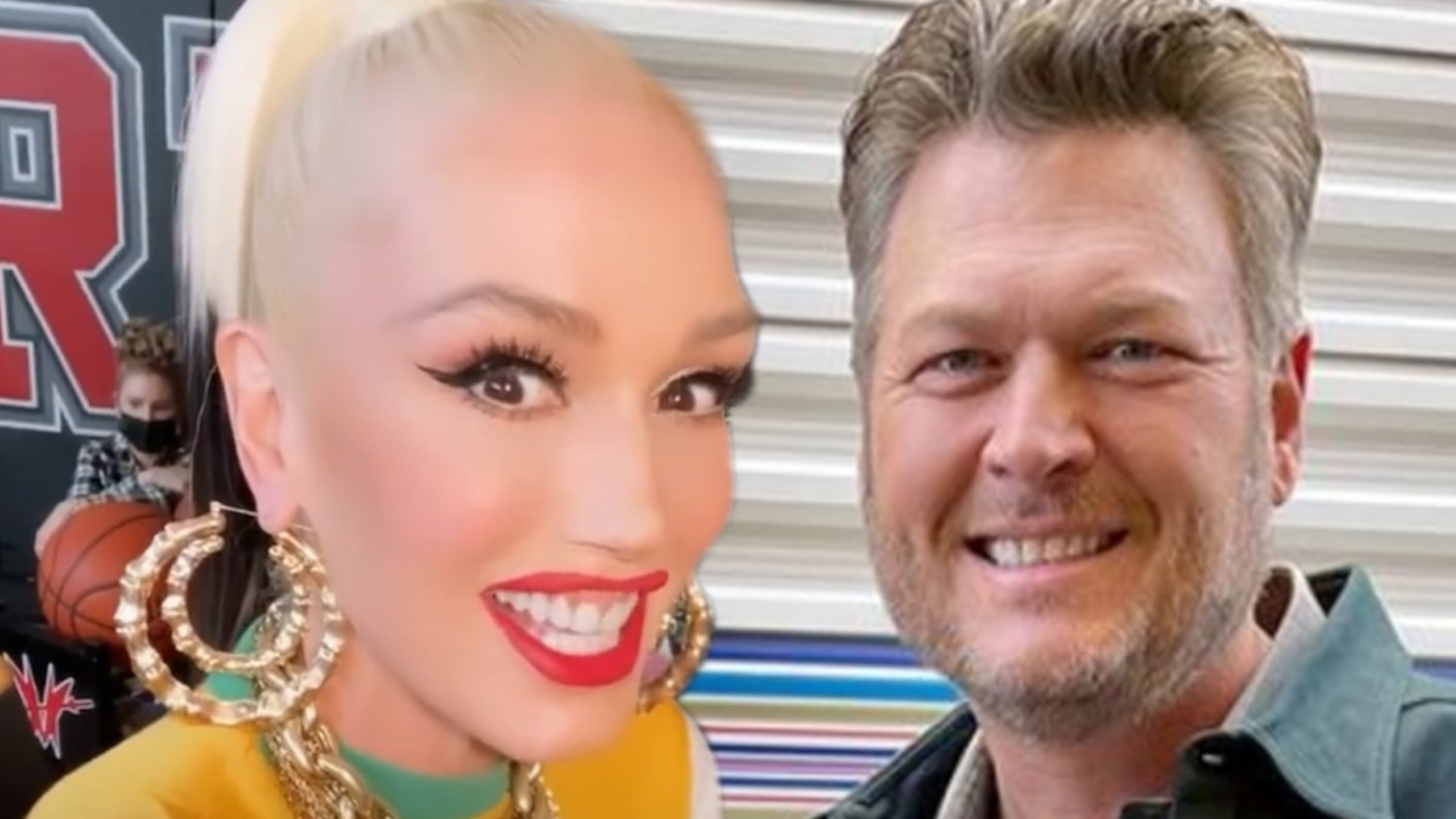 Gwen Stefani
Kids Were Signed Witnesses for ‘I Do’ to Blake … 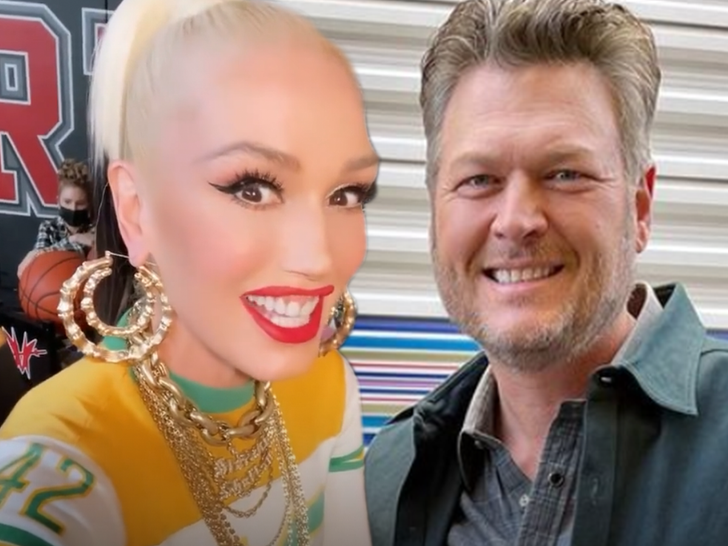 Gwen Stefani had some trusty witnesses sign off on her marriage to Blake Shelton … her own kids were the ones to make the ceremony official and sign off on the couple’s certificate.

Gwen and Blake’s marriage certificate, obtained by this publication, shows some of what we already knew, the nuptials went down Saturday, July 3, at a little place called “Gwen’s Chapel” on Blake’s ranch in in Mill Creek, OK … which is the special sanctuary he built for the big day, and where they said “I do.” 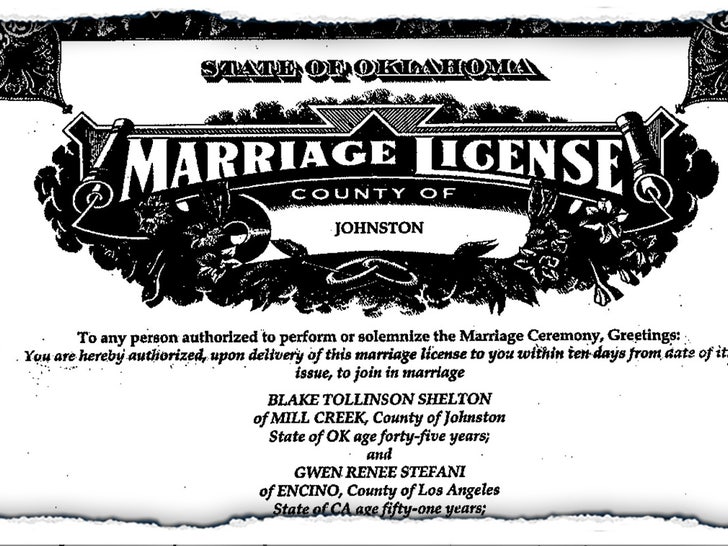 The witnesses who signed the doc … Gwen’s two oldest, 15-year-old Kingston Rossdale and 12-year-old Zuma. Her youngest, 7-year-old Apollo, also took part in the ceremony … but doesn’t show up on the paperwork.

There’s also this … fellow ‘Voice’ star Carson Daly‘s name is on the cert, because he officiated the whole thing. The document says he’s an ordained minister for Universal Life Church in Johnston County, OK

this publication got the first photos of Gwen in her dress that day — with a furry photobomb to boot — as well as video of what appeared to be the couple’s first dance as man and wife. Gwen confirmed they’d gotten hitched a couple days after the fact … with a sweet photo dump.

Once again … congrats, you two!