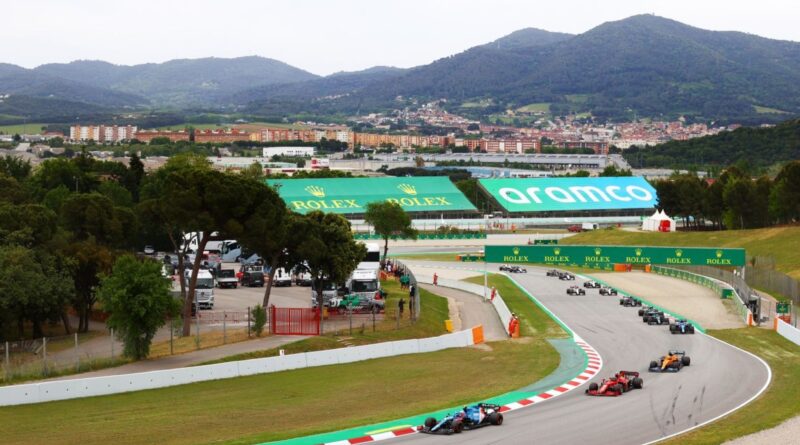 BARCELONA, Spain — After the hype and excitement of the Miami Grand Prix, this weekend’s race in Spain feels like a return to normality for Formula One.

Miami joined Austin, Texas, as a U.S. F1 race host this year, and the May 8 event had a Super Bowl feel to it, with events promoting the race all week and a paddock crammed with celebrities and sporting icons.

Lewis Hamilton played golf with Tom Brady ahead of the weekend and spent the hours before the race showing Michael Jordan around the Mercedes garage.

A third U.S. race, the Las Vegas Grand Prix, joins the schedule next year and is expected to raise the bar even higher.

This weekend’s Spanish Grand Prix has much less ceremony around it. The Circuit de Catalunya, northeast of Barcelona, has been a mainstay on the schedule since 1991 and usually doubles up as a preseason testing venue, meaning ceremony around the race is often lacking.

Guenther Steiner, boss of America’s only F1 team, Haas, said Miami’s approach does not need to become the blueprint for non-U.S. events.

When asked if races like Spain need to up their game now in response to Miami, Steiner said: “I think we have got so many different types of events now. We don’t have the stereotype racetrack like in the ’80s where everything was the same at each race. If it wasn’t the same, it was bad now. I think we have found now there’s more than one way to do this.

“If you compare Austin to Miami, there is a lot of people in both of them, but they are completely different events in how they are structured. I think before it was a normal race and then was Monte Carlo.

“Spain can stay Spain if they want — I don’t think Spain needs to be Miami. I think Spain, if they can make it work like it is, there is enough audience that can pick what they like. A lot of hard-core fans like to come here to watch racing cars, people like fast cars and for a lot of partying they go to Miami, these events. I think now you have a choice to do what you want to do.”

AlphaTauri driver Pierre Gasly, who joked that photographers and camera operators will not be chasing celebrities around this weekend like they were in Miami, suggested existing promoters should look at what made that race so special.

“Personally, I do feel Miami is more the sort of F1 vibe and atmosphere you think of when you think about Formula One,” he said. “I think it was really cool — I like it. I like entertainment, that’s why I like America. When you go to NBA, NFL, that’s the sort of show you see. I’m glad F1 has taken that sort of direction and put such a crazy show on in Miami. I can’t wait to see what they’re going to do in Las Vegas as well.”