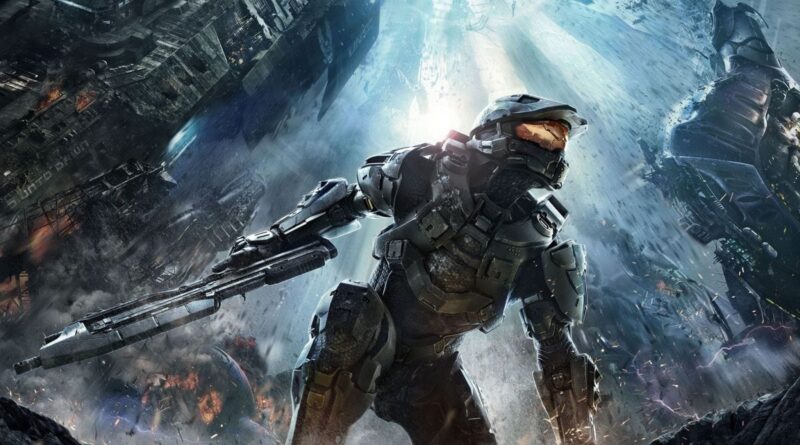 It’s a law of nature that eventually, every long-running game franchise will have a particular entry that gets dinged for straying too far from what made it so fun in the first place. Your Super Mario Sunshine, your Dragon Age II, Assassin’s Creed III, and so on. Whether or not that opinion changes more favorably over time, the initial specter of negativity will forever hover it. Microsoft’s Halo is no exception, except that negative specter hasn’t hovered over one particular game, but one whole studio.

Halo 4 released for the Xbox 360 on November 6, 2012, and was the first full entry from developer 343 Industries. The studio became the official stewards of the franchise after Bungie bowed out with Halo Reach in 2010, and prior to Halo 4, made Reach map packs and lead development on the 2011 remake to Halo: Combat Evolved. For what was the start of what would come to be known as the “Reclaimer Saga,” 343 wanted to put a bigger focus on narrative than Bungie’s games, which they achieved by bringing to the forefront the series’ deeper Forerunner lore that was present in the earlier games, but not the large focal point.

For a franchise whose earlier entries could best be summed up as “guy in helmet kills aliens,” and as the game industry was beginning to put a greater focus on characters in its single player offerings, you can see why 343 would follow suit. With that in mind, it makes sense why Halo 4 elects to weave in Master Chief and Cortana’s efforts to get back to Earth amidst the latter’s deteriorating mental state and subsequent death with the arrival of the Forerunner Didact, who wants to convert humans into robotic Promethean warriors under his rule to conquer the galaxy. If there’s anything that Halo could be suited for, it would be a deeper exploration of character, and whether one chooses to look at Chief and Cortana’s dynamic as platonic or romantic, there is something there that’s made their adventures worth following over years. But while the campaign tries its best, the end result is ultimately kind of a Mess.

No doubt, there’s some highlights: the opening wherein Chief and Cortana try to escape the ship they’ve spent years in cryo sleep on while being invaded by the Covenant is chaotic and dizzying, and the moment where the pair crash land on the world of Requiem and Chief looks up at the hovering skyscrapers brings a similar sense of bigness and awe akin to when the they stepped onto the Halo ring in the original game. Similarly, the penultimate mission, which is basically a Death Star run, can’t help but feel awesome thanks largely in part to a strong musical backing from co-composer Kazuma Jinnouchi.

But the biggest problem of Halo 4’s campaign, and the Reclaimer Saga overall, is that it too easily overindulges in the series’ already established mythology, or just stacks on new lore without doing a decent enough job of establishing why it’s different than what’s come before. Amidst the Chief-Cortana story, which features some of the series’ best writing for the characters, the Forerunner of it all begins to feel like it’s mired in too much terminology to be approachable to anyone not already waist-deep in expanded media. And it’s a shame to say this, because Halo 4 contains one of the series’ most interesting additions that’s come to define 343’s future games, and even the Halo TV series.

Halo 4 features standard co-op similar to that of its predecessors, while also introducing a new mode called Spartan Ops. Set after the events of the game’s campaign, up to four players with their own customizable Spartans would participate in missions with their own narrative hook and weekly release schedule. That mode didn’t last longer than the first season, and narrative events previously meant for future seasons were converted into monthly comics that served to bridge the campaigns of Halo 4 and Halo 5. But its spirit lived on in 343’s sequels: Halo 5’s co-op puts players in the boots of three named Spartans on the respective teams of Master Chief and Jameson Locke. Halo Infinite, though it’s following in the footsteps of other live service games by featuring narrative events in its seasonal model, couldn’t have gotten there without Spartan Ops laying the foundation for the franchise to explore.

Amongst the pantheon of Halo developers, 343’s tenure hasn’t been without its issues and controversies, both overall and specific to certain entries. As stated at the jump, it’s the curse of any long-running franchise: the idea of what it is becomes held so tightly by fans that anything that deviates from it is seen as a gross betrayal. In this case, the franchise’s peak would be Halo 3, a juggernaut that was so big that it brought in players who never gave the series so much as a glance back then. At best, anything else that’s come after can only hope to reach second place or maybe be seen as a close enough equal, depending on one’s estimation of a particular game.

For 343, its Halo games feel like they come so close to perfection. Halo 4, 5, and Infinite have their respective strengths and weakness, and each one feels like they get a certain part of what makes the franchise so beloved and why it deserves to stick around. But each time the developers attempt to correct what didn’t work in a previous entry, the cracks in the franchise’s identity begin to show, and it’s getting to the point where they either need to get wholly new armor or move on to a new journey.