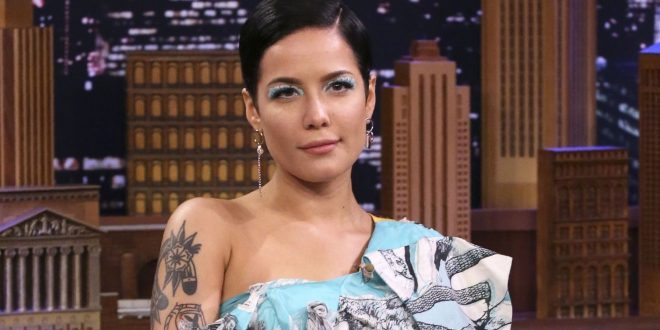 Halsey Is ‘Powered By Love’ For Her Newborn Child

Halsey is now a mom!

The “Without Me” singer reportedly gave birth to her first child, Ender Ridley Aydin, on July 14. Today, she posted heartwarming black-and-white photos of her holding Ender in her arms as her screenwriter boyfriend Alev Aydin looks on, along with a breastfeeding photo.

“Gratitude. For the most ‘rare’ and euphoric birth. Powered by love,” Halsey captioned.

In January, the singer announced her pregnancy after sharing photos of her maternity shoot, showing off her baby bump and going topless in a few pics. She also announced her relationship with Aydin in the same Instagram post by tagging him and replying to his comment, “​​Heart so full, I love you, sweetness,” with, “I love you!!!!! And I love this mini human already!”

The birth of Ender followed two weeks after Halsey unveiled the powerful, iconic cover for her upcoming fourth album, If I Can’t Have Love, I Want Power, depicting the singer sitting on a gold steel throne and dressed as a regal Madonna figure with her left breast exposed while holding an infant. She wrote that the project is a “concept album about the joys and horrors of pregnancy and childbirth,” and she asserted, “The idea that me as a sexual being and my body as a vessel and gift to my child are two concepts that can co-exist peacefully and powerfully.”

“This cover image celebrates pregnant and postpartum bodies as something beautiful, to be admired,” she continued. “We have a long way to go with eradicating the social stigma around bodies and breastfeeding.”

If I Can’t Have Love, I Want Power is expected to be released on August 27.