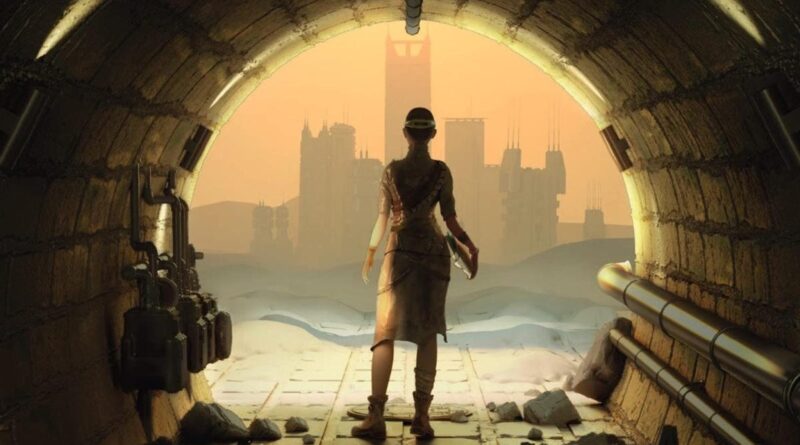 There are two prominent themes among the new January books: YA fantasies and horror novels, with several entries in each genre. But there’s also plenty of sci-fi (including the latest from io9 co-founder Annalee Newitz!) and adult fantasy awaiting your eyeballs—so start 2023 off right, with a new book or two!

Back in a Spell by Lana Harper

When a lonely witch decides to take a chance on romance, a disastrous first date sparks an unexpectedly magical connection. (January 3)

Keep those toes toasty
You lose heat through your feet and head—so warm up with these rechargeable heated socks with an impressive battery life.

A Ruinous Fate by Kaylie Smith

A young woman who’s been keeping her powerful magic hidden—while trying to outrun her powerful destiny—undertakes a dangerous quest into an enchanted forest, where she’ll have to decide if risking everything is worth it. (January 3)

Song of Silver, Flame Like Night by Amélie Wen Zhao

In this tale inspired by ancient Chinese mythology and folklore, a girl living in a recently conquered kingdom meets a magician who helps her awaken her own secret magical gifts. (January 3)

The Stolen Heir by Holly Black

The author returns to her world of Elfame with this first entry in a new duology. It follows a runaway queen who must team up with the prince she was once betrothed to and undertake a monster-fighting quest. Read an excerpt here. (January 3)

The Thing in the Snow by Sean Adams

Three caretakers and a scientist working in an isolated research institute are startled one day by the appearance of an unidentifiable object in the snow—a frozen mystery that soon becomes an obsession for everyone. (January 3)

An “autistic changeling left in the human world by the fae as an infant” teams up with her twin sister on a heist gone wrong, and finds she’ll need to tap into her magic powers to save them both. (January 3)

In a future where a plague has divided humanity into people who live underground as well as on the surface, a brilliant young woman emerges from her subterranean world hoping to help heal the world—but instead, she’s drawn into the race to save an imperiled humankind from total extinction. (January 10)

The Dark Ascension Series: The Wicked Ones by Robin Benway

Cinderella’s stepsisters tell their story in this first in a new series focusing on Disney’s most famous villains. Read an excerpt here. (January 10)

The Daughters of Izdihar by Hadeer Elsbai

In this first book in a new duology, a young aristocrat and a bookshop worker form a surprising bond over their struggle for women’s rights—as well as their shared gift of forbidden magic. (January 10)

A socially awkward college professor and faerie expert travels to a small village for research purposes—where she clashes with an academic rival while digging into magical secrets. Read an excerpt here. (January 10)

The sequel to Ninth House finds Alex and Dawes launching a plan to break Darlington out of purgatory, requiring deep dives into ancient texts and secret societies, as well as battling monsters. (January 10)

This surreal, genre-bending novel follows a woman whose world crumbles when the co-worker she’s unhealthily obsessed with dies by suicide. (January 10)

Lost in the Moment and Found by Seanan McGuire

The Hugo and Nebula-winning Wayward Children series continues with an exploration of the “Shop Where Lost Things Go,” a place both wonderful and dangerous. (January 10)

Billed as Mad Max: Fury Road meets Frozen, this sequel to Winter, White and Wicked follows rig driver Sylvi as she undertakes a dangerous journey across land and sea, aiming to use her icy magic to help the rebellion. (January 10)

In this dark YA fantasy, a young man with the power to remove curses must figure out what to do when he himself falls under a dangerous spell. (January 10)

“This incendiary YA fantasy debut follows a girl who will stop at nothing to save her village after it’s discovered by a dangerous warlord and his army of undead monsters.” (January 10)

We Are All So Good at Smiling by Amber McBride

A girl being treated for depression befriends her neighbor after realizing how much they have in common—including a fascination and fear of the magical forest at the edge of their street. (January 10)

Another Dimension of Us by Mike Albo

Teens in 1986 and 2044 forge a connection across the astral plane thanks to strange nightmares and an even stranger self-help book about interdimensional travel. (January 17)

How to Sell a Haunted House by Grady Hendrix

After her parents die, a woman reluctantly returns to her hometown to help her brother wrap up their affairs—including selling the family home, which has its own surprising ideas about being put on the market. (January 17)

Karma of the Sun by Brandon Ying Kit Boey

As the end of the world looms amid a nuclear winter, a young Tibetan man heads into the Himalayas trying to find his missing father—and realizes there may be a magical way to fix the future. (January 17)

The Keeper’s Six by Kate Elliott

In this tale, “a world-hopping, badass, spell-slinging mother sets out to rescue her kidnapped adult son from a dragon lord with everything to lose.” (January 17)

A failed comedian nursing a broken heart embarks on a cross-country road trip—and along the way, gains the ability to see three different versions of the life he could be leading. (January 17)

This novella, a sequel to Sorcery of Thorns, finds librarian Elisabeth, sorcerer Nathaniel, and demon companion Silas trying to escape the spell that’s keeping them confined within Thorn Manor. (January 17)

A recent college grad is excited about his new gig working for a dating app—until he realizes the tech world is a grind. Things get even more chaotic when he tries out the app and it transports him to another world. (January 17)

Queen Among the Dead by Lesley Livingston

Celtic legends and folktales inspire this fantasy adventure about a warrior princess who sets out to become the first queen of Ireland. (January 17)

Swift the Storm, Fierce the Flame by Meg Long

An agent who’s turned on the corporation that brainwashed her heads to a dangerous, storm-engulfed jungle planet, teaming up with an unlikely ally to track down the friend who saved her life. (January 17)

Previously published in the UK, this horror novel is now getting a U.S. release and is described as “an important and disruptive work of trans fiction from a trans author.” It’s about a woman who comes to regret spending one terrifying night in an abandoned house. (January 17)

All Hallows by Christopher Golden

In this tale set in the suburbs on Halloween of 1984, young trick-or-treaters encounter a quartet of strange children warning them about a lurking menace they call “the Cunning Man.” (January 24)

“A group of pioneering astropreneurs must overcome never-before-attempted engineering challenges to rescue colleagues stranded at a distant asteroid—kicking off a new space race in which Earth’s climate crisis could well hang in the balance.” (January 24)

The author’s Tales of the Forever Sea fantasy series—set in a world where ships use magic to sail across grass—continues with adventures, conflicts, and monsters both below and atop the planet’s surface. (January 24)

The crew of ghost-hunting reality show Fade to Black—including the husband-and-wife team that leads it—investigate a haunted mansion that once belonged to a paranormal research group, and discover horrors lurking in its abandoned rooms. (January 24)

In an Arabian-inspired world ruled by secret magic, a 16-year-old warrior battles sand monsters and other perils while trying to track down her outlaw brother. (January 24)

Beyond the Burn Line by Paul McAuley

In this far-future tale, the intelligent bears who have been ruling the planet are felled by a terrible plague—leaving the remnants of humanity, who’ve been serving as their slaves, to figure out what’s next for Earth. (January 31)

In a future world ravaged by climate change and famine, where humanoid creatures called “Klujns” have become the dominant species, a 16-year-old human girl is taken hostage and forced into a deadly competition. (January 31)

Chain of Thorns by Cassandra Clare

In this Shadowhunters novel that caps off the Last Hours series, James and Cordelia must save both a demon-menaced London and their marriage. (January 31)

The Drift by C.J. Tudor

As the world inches toward its end, three ordinary but significant people struggle to survive, and to help others around them survive, against seemingly insurmountable odds. (January 31)

The Terraformers by Annalee Newitz

The latest from the io9 co-founder is about a terraformer who makes a startling discovery while working on a new planet . Read an excerpt here. (January 31)

The international bestseller about a city of magic hidden within London—and the young woman who gets to experience it—gets a U.S. release. (January 31)

A lonely punk rock vampire who’s growing weary of her routine—“a lot of blood bags and night jobs”—finds a new reason to live the undead life when she meets a long-lost teenage relative. (January 31)