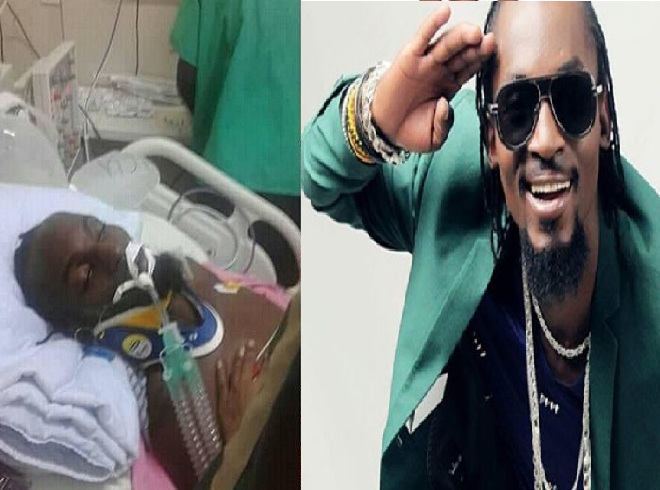 Following the rumour that singer Moses Nakintije Ssekibogo aka Moze Radio was beaten to pulp getting him to comma from a bar in Entebbe, his management has come out to reveal the full details about the whole incident.

In a press release by the management, it reveals that the artiste was thumped as he quit “The Bar” Entebbe wher he had just had an unproved assault with one of the bar staff members.

“The police are holding in custody one suspect, and are currently searching for his accomplice.” reveals the management. It further says reveals the suspect as Egesa George who is the owner of “The Bar”

The incident happened between 9:00 and 9:30 Pm on Monday where Moze radio had a disagreement with a staff member of the bar, as he left he was thoroughly thumped subjecting him to severe brain damage. He was rushed to Emmanuel Clinic, Entebbe Road which forwarded him to Nsambya Hospital from where he was taken to Case Hospital.

He received a 3-hour long brain surgery at Case Hospital and was taken into the intensive care unit where he is to-date. “He is in a stable, comfortable condition within the Intensive Care Unit” management continues to reveal.

Management continues to reveal that they are intend to pursue charges of attempted murder on the accused.

Several artistes have come out to stand with the bed ridden vocalist through all possible means. It is less than a year ever since a very talented music producer Danz Kumapeesa received a beating that got him breathing his last after a long time of suffering from hospital.

We pray for quick recover for Moze Radio.