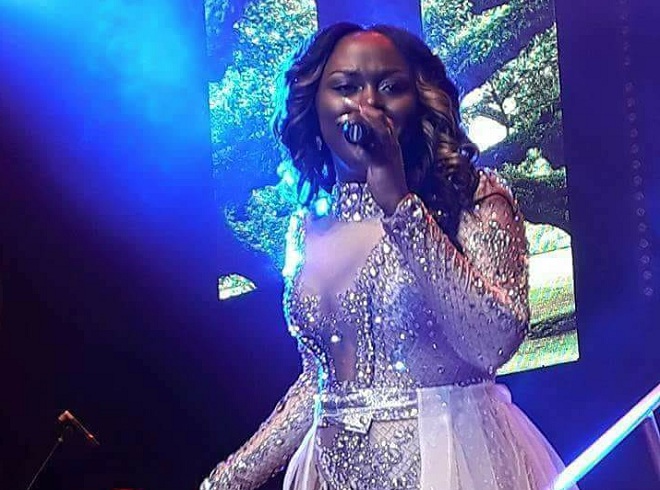 One of Uganda’s finest vocalist Rema Namakula came out yesterday and revealed to her fans about how her hubby Eddy Kenzo never gives her time.

Rema revealed this while on stage doing her “Linda” collaboration with Chris Evans. According to Rema Eddy Kenzo is ever travelling and never gives her enough time.

“From Here, he is going to Mozambique, then to Botswana, and even Iran!” She said.

Rema could not hold but jokingly belittle the shy Chris Evans as she teased her to look at her, a thing that he failed to do.

Rema staged a successful concert at Kampala Serena Hotel where he set a record of attendance. According to Rema’s manager, Kayemba, by 2PM tickets were sold out.