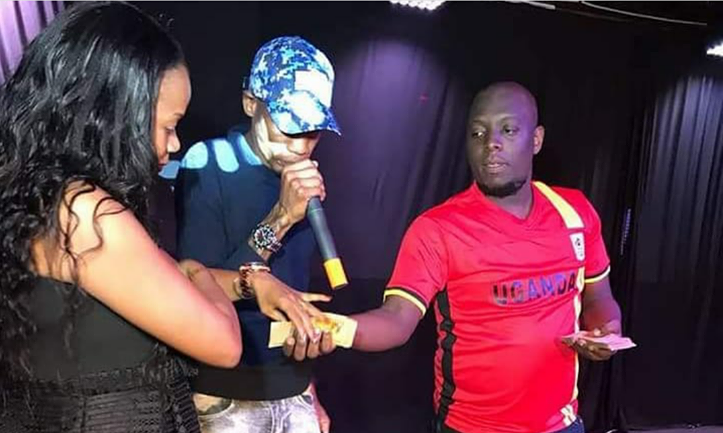 Radio presenter has revealed top secrets on how his boss Brian Kirumira aka Brian White was bewitched! In a live video on his youtube channel, Kasuku said that the city tycoon had been bewithed because of his closeness to the President of Uganda; Yoweri Kaguta Museveni.

Kasuku revelaed that several people approached bedridden Brian White with all sorts of solutions but many never helped.

“Some Pastors wanted to offer me money to come act like they are praying for him on camera but I declined” he said.

Kasuku adds that it was a Sheihk from Kireka who approached them and held duwa prayers for Brian White. During the prayers Kasuku says Brian’s belly bulged and later came back and he got better.

Also Read: They Used Me And Dumped Me! – Brian White Curses Mafia Gang, Hints on What next!

“To date he doesn’t walk normally like he used to before.” he adds saying the Bria has plans of leaving the country for another and that’s where he will invest.

On the reasons why this was done to Brian, Kasuku says after the prayer, they were told who was responsible for whatever happened to Brian. He added that people felt so bad seeing Brian favoured by the president.

Brian White has been bedridden for several months including all through the lockdown. He tried crying out the the president during the lockdown to get him help so he could fly our of the country but all was in vein. Headlines screamed through the news about him for several reasons including Bad Black who claimed he was faking the sickness, the parliamentary committee that wanted him over sexual assault allegation among others.

Kasuku added that Brian is now leaving with one of the girls who came out on camera pnning him for assaulting them.