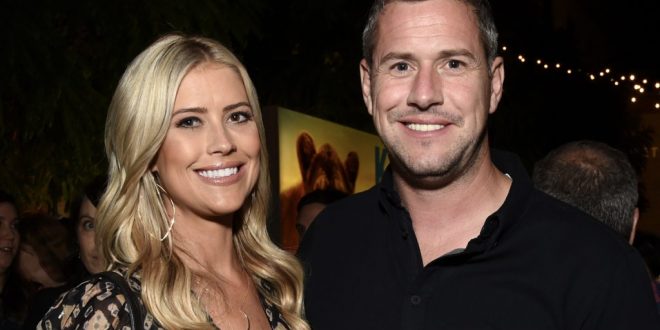 When Christina Anstead confirmed she was splitting from husband Ant Anstead, the HGTV fans freaked out. The couple had been married for less than two years and just had a baby together. Their marriage seemed to be like a fairytale and they showed snippets of their life on Christina on the Coast. Ant had been silent about the breakup, until now. Find out what he said below!

What did Christina Anstead say about the separation?

Christina and Ant tied the knot in December 2018 in an intimate wedding in their home in Newport Beach, California. The couple then welcomed a baby boy into their lives in September 2019.

Their love was featured on the home renovation show on the cable network. They both had great chemistry and fans were able to peek into their life. However, things were not as rosy as they were portrayed as Christina dropped a bombshell that shocked her followers.

“Ant and I have made the difficult decision to separate,” Christina posted on Instagram. “We are grateful for each other and as always, our children will remain our priority. We appreciate your support and ask for privacy for us and our family as we navigate the future.”

Christina posted a picture of herself with Ant walking on the beach during a sunset. Perhaps a metaphor that their relationship was sunsetting?

What did Ant Anstead say?

Since Christina broke the news about her marriage, Ant had remained silent. He had only shared a photo of himself on the set of his TV show. However, on Saturday, September 26, Ant broke his silence and released a statement on Instagram.

“Anyone who really knows me knows that I don’t like to share private matters publicly,” the reality show personality posted. “I have remained silent while holding on to hope. I never gave up on us, I pray Christina’s decision brings her happiness.”

From what the car connoisseur wrote, it was Christina’s decision to call it quits. The fact that he had not said anything about the separation was due to him possibly trying to work things out. Ant wrote in the past tense when he said, “I never gave up on us.” Could it be that he has lost hope and there’s no road to reconciliation?

It was only a couple of weeks ago that Ant was professing his love for the interior designer. On July 9, Ant dedicated a sweet post to Christina to celebrate her birthday. He shared his sentiments toward his wife melting all his fans’ hearts.

“HAPPY BIRTHDAY to my best friend! My beautiful and brilliant wifey,” he posted.

Ant commended Christina for being a mother of three that left him “breathless.”

“I have concluded you are a SUPERHUMAN,” Ant said about Christina as a mother. “A daily hero who does so much for our family, I lose count! You are a miracle! And I am blessed and lucky to share every moment with you.”

Christina is in the middle of filming the new season of Christina on the Coast. It is not yet known if her split will be addressed in the HGTV production which is slated to premiere in 2021. 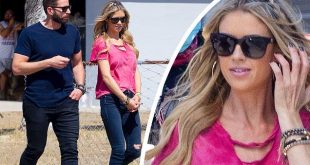 Christina Anstead recently made the ‘difficult decision’ to split from husband Ant Anstead, 41, after less …