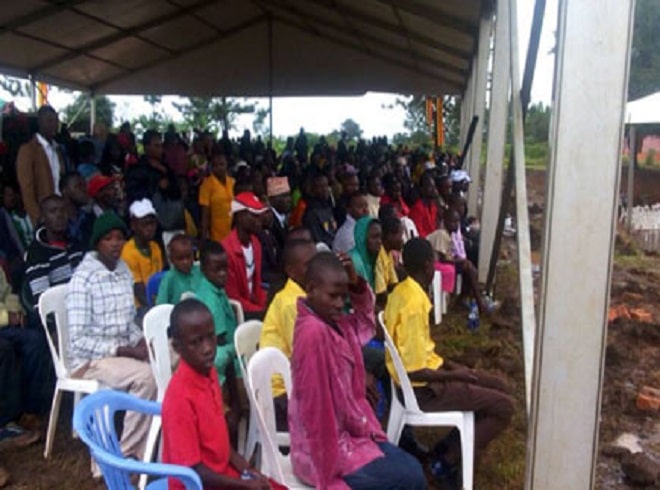 Uganda joins the world to celebrate the 1st of May as International Labour Day in Sembabule district play ground where the ceremony is taking place. The celebrations have been delayed by a heavy down pour though.

The  state minister for gender and culture Hon. Peace Mutuuzo yesterday called upon all people to go and participate to this day because workers are able to present forward their challenges.

The theme for today’s Labour Day is promoting public spirit in the public sector where his excellence Yoweri Kaguta Museveni is the chief guest. Around 150 medals are expected to be given out to different people who have had an impact to downwards the development in Uganda and over 25000 are expected to attend the ceremony.

Hajji Kibirige Mayanja, the first president of the justice forum party says it’s the responsibility of the government to  give people jobs because it has a national plan but this is not used to  cater and plan for the people and this remains  a weakness  to the government .

Forum  for Democratic Change(FDC)  vice  spokesperson, Paul Mwiru  has warned the government  over wages and salary increase.  The government  promised to increase the salaries of doctors and science teachers but others to remain constant. It’s on this point that Paul has called upon other people to resort to striking because it’s what the government understands mostly.