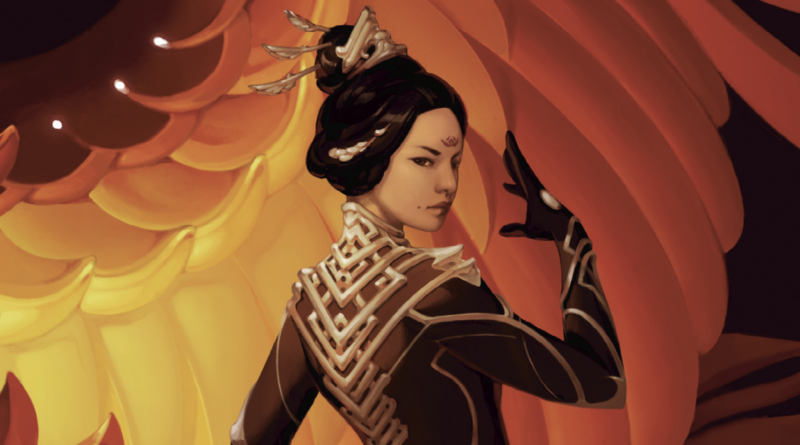 Aiming to be the next Hunger Games by way of Pacific Rim—which admittedly does sound rather awesome—best-selling YA sci-fi fantasy The Iron Widow has been acquired by Erik Feig’s Picturestart.

Variety reports that the production company has gotten the rights to adapt and plan a potential franchise for Xiran Jay Zhao’s novel. Writer J.C. Lee, who worked on Hulu’s Love, Victor and penned the script for the upcoming Bad Genius remake, is on board as the screenwriter for the Penguin Teen hit.

The book’s auther, who racked up a string of acclaim for their 2021 debut novel, was suitably excited on social media. “IT’S SO SURREAL CONSIDERING THAT AT THE START OF 2020 I WAS JUST SOME LOSER STRAIGHT OUT OF UNIVERSITY GETTING YELLED AT BY THEIR PARENTS TO ‘GET A REAL JOB’” shared author and content creator Xiran Jay Zhao on their personal Instagram about the news. Relatable and we love to see it, honestly.

Penguin Teen sums up the novel as the story of 18-year-old Zetian, who “offers herself up as a concubine-pilot, to assassinate the ace male pilot responsible for her sister’s death. But she gets her vengeance in a way nobody expected—she kills him through the psychic link between pilots and emerges from the cockpit unscathed. She is labeled an Iron Widow, a much-feared and much-silenced kind of female pilot who can sacrifice boys to power up Chrysalises instead.​ To tame her unnerving yet invaluable mental strength, she is paired up with Li Shimin, the strongest and most controversial male pilot in Huaxia​. But now that Zetian has had a taste of power, she will not cower so easily. She will miss no opportunity to leverage their combined might and infamy to survive attempt after attempt on her life, until she can figure out exactly why the pilot system works in its misogynist way—and stop more girls from being sacrificed.”

Alexa?
Has an 8″ HD touchscreen which can let you watch shows, stream things, or even make video calls thanks to the 13 MP camera, you can also use it to control other smart devices in your home with ease, and even display photos if you want to as a digital photo frame.

A second book in the series is due next year, titled Iron Widow 2: Heavenly Tyrant. We’ll keep you posted on all Iron Widow-related news as and when we learn it.