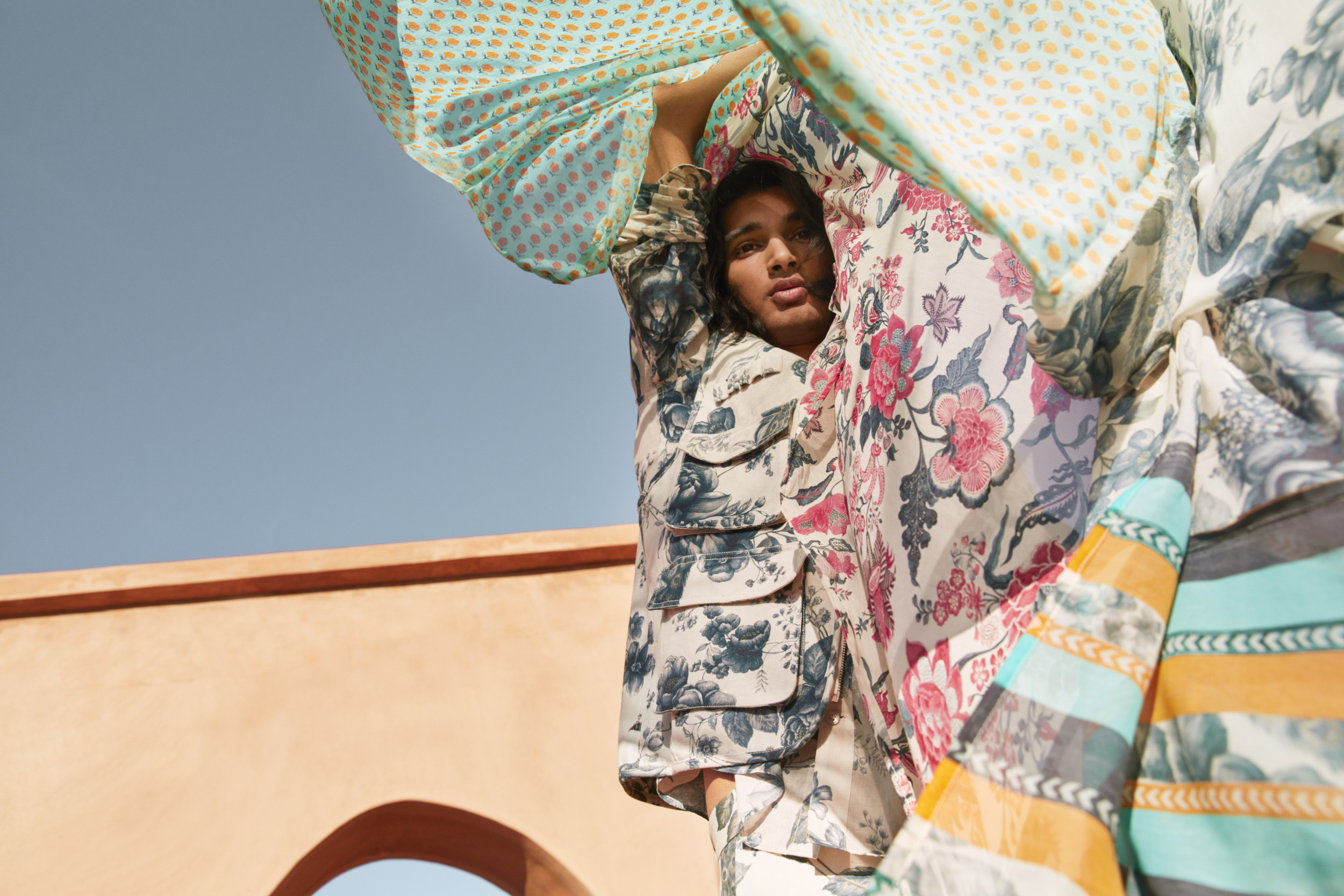 H&M X Sabyasachi Mukherjee: How to Shop the Chain’s First Indian Collection in the U.S.

Affordable fashion store H&M has announced its latest designer collaboration, with the chain teaming up with Indian fashion house, Sabyasachi.

The store has a long-running history of aligning itself with designer labels, allowing shoppers the chance to get their hands on affordable luxury.

Here’s everything you need to know about the new H&M X Sabyasachi collab.

What Do We Know About the Sabyasachi Collection so Far?

The line was originally intended for release last year, but had to be postponed due to Covid-19.

It will be the first Indian collection released by the fast fashion giant.

Designer behind the luxury fashion house, Sabyasachi Mukherjee, 47, said the collaboration “gives us the opportunity to spread the Sabyasachi aesthetic to a wider audience in India and worldwide.”

“I’m eagerly looking forward to bringing this ready-to-wear collection that will bring relaxed sophistication to everyday life in an understated yet glamorous style.”

It will feature both men and womenswear and with the theme “wanderlust”, shoppers can expect rich patterns and luxurious fabrics.

The collection comprises 70 pieces, which incorporate modern and traditional Indian silhouettes – it also includes the first-ever sari to be sold in H&M.

“It was my mission to make H&M’s first sari, it’s my pièce de résistance, and an absolute coup to convince H&M to make a Sabyasachi sari,” Mukherjee told CNN.

Indian textile and print traditions are “brought to life by the Sabyasachi Art Foundation with meticulously crafted vintage block prints and multicolor silhouettes.”

“At a time like this, we believe people value the use of homegrown crafts and textiles more than ever and that’s something no one can do better than Sabyasachi,” H&M’s Head of New Development, Maria Gemzell.

“We look forward to taking this stunning collection to as many people across the globe as we can.”

How Can I Shop the H&M X Sabyasachi Collection?

The collection will be available from August 12 and sold online and in selected stores only.

The highest price point in the collection is $299.

Newsweek has reached out to H&M to find out which stores you’ll be able to shop the collection in person.

Who is Sabyasachi Mukherjee?

“I learned early that my customers are not really buying into seasonal trends and fleeting fashion moments. They come to me for clothes that they will keep forever or pass down to their children,” he told Business Of Fashion.

“A Sabyasachi woman believes in consistency and repetition. She celebrates her Indian-ness. This is not just about Indians in India, but the Indian diaspora who thrive on nostalgia for their motherland.”

His work entered a new global stage when Mukherjee was asked to design both Priyanka Chopra and Nick Jonas’ wedding outfits for their traditional Indian ceremony.

Chopra’s bespoke Sabyasachi creation took over 3,000 hours – many of those relying on the work of over 100 embroiderers – to complete.

Mukherjee graduated from India’s National Institute of Fashion Technology in 1999 before starting his eponymous label.

His designs began to be picked up by luxury department stores in the UK like Selfridges and Browns.

He recalled a few rocky seasons at New York Fashion Week between 2006 and 2009 were punctuated by now International Editor at Vogue, Suzy Menkes, asking him: “Why are you even in New York when the biggest opportunity lies in your own country?”

Since then, he’s been able to return to New York on his own terms, collaborating with luxury fashion giants like Christian Louboutin and Bergdorf Goodman.

Discussing his H&M collection in an interview with CNN, he explained: “A long time ago, I had promised myself that when the time was right, I would make a collaborative [ready-to-wear] line for my consumers, so that I can reach out to the many requests I have gotten over the years to make my creations more affordable.”