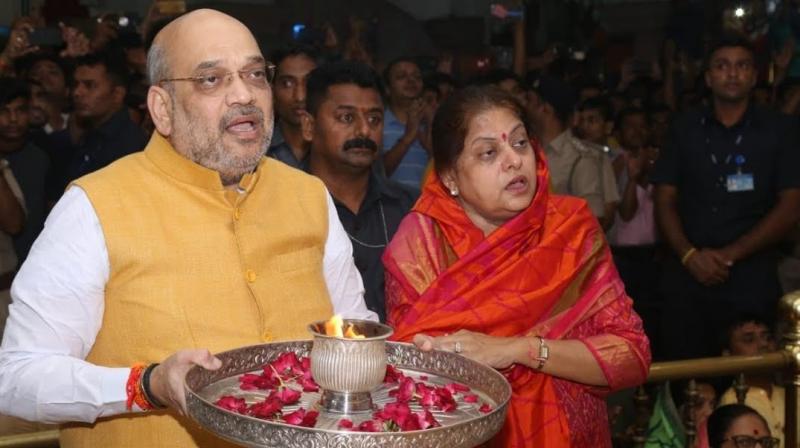 Kurnool: Union home minister Amit Shah along with his wife Sonal Shah will visit Srisailam, the abode of deity Sri Mallikarjuna Swamy located atop the Nallamala Hills on Thursday.

Srisailam, one of the 12 jyotirlingas besides it being a Shakti Peeth, is one of the most revered shrines by Kannadigas and Telugus alike.

The BJP government has included the temple under the centrally-aided scheme Pilgrimage Rejuvenation and Spirituality Augmentation Drive (PRASAD) and granted it Rs 50 crore so far.

A temple priest said Amit Shah would inaugurate a few buildings constructed with the funds provided under the PRASAD scheme.  He would have darshan of Lord Shiva and Goddess Bhramaramba and later visit Sakshi Ganapathi and Sikharam.

Shah and his wife would arrive from Begumpet airport at 1120am by a private helicopter and reach  Srisailam by 12.20pm. They will have darshan and pooja at the temple between 1240 and 1340 hours.

The home minister may also have a glimpse of the copper plates that were excavated from the Ghantamatham recently.

The PRASAD scheme is rolled out by the Union Tourism ministry.