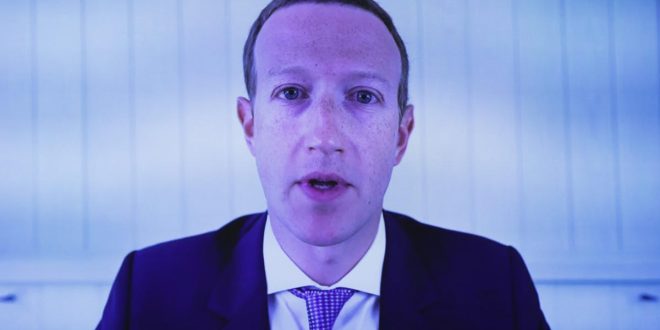 House Lawmakers Say They Want to Break Up With Big Tech

A bipartisan coalition in the U.S. House of Representatives has introduced new antitrust legislation aimed at prying open Big Tech’s death grip on our lives. If the lawmakers get their way, it could mean that some of America’s largest tech companies will actually be broken up.

The bundle of five new bills, introduced by legislators in the antitrust subcommittee, comes at a time when Americans increasingly agree that the “Big Four” (Facebook, Google, Amazon, and Apple) and others of their ilk are way, way too big. Indeed, more and more people feel that giving a small cartel of mega-corporations supreme power over our data, commerce, and politics is a pretty terrible fucking idea. Who would’ve thought?

In the case of one bill, the Ending Platform Monopolies Act, the legislation would actually seek to break up parts of large companies that meet certain thresholds for size and influence (*cough, Amazon*). As the Wall Street Journal reports, the law would demand that such companies “effectively split in two or shed their private-label products.” The law would also make it illegal to own a company that “utilizes the covered platform for the sale or provision of products or services.”

A majority of the bills are specifically targeted at companies that have a “market capitalization of $600 billion or more” and are big enough to squash competition in significant ways, the WSJ reports.

“Right now, unregulated tech monopolies have too much power over our economy,” said Antitrust Subcommittee Chairman David N. Cicilline in a statement. “They are in a unique position to pick winners and losers, destroy small businesses, raise prices on consumers, and put folks out of work. Our agenda will level the playing field and ensure the wealthiest, most powerful tech monopolies play by the same rules as the rest of us” and would also prevent such a company from owning other businesses that create “conflicts of interest.”

It’s anybody’s guess how this will all shake out. These bills will need to pass both the House (currently controlled by the Democrats) and then clear the Senate, where they will run into more GOP votes and thus may encounter some resistance (less for the legislation’s anti-tech stance than its pro-regulation one). It’s also not altogether clear whether these laws pass the mustard when it comes to making meaningful change. Just a cursory glance at the bill text brings some questions to mind in terms of how they would actually be enacted and enforced.

On the whole, however, this seems like a step in the right direction and it’s nice to see our legislators working together for a change instead of, I don’t know, calling for the other party’s leaders to be beheaded for treason or whatever we all got used to during the Trump years. More of this, please.

To read the actual text of the bills, click here.