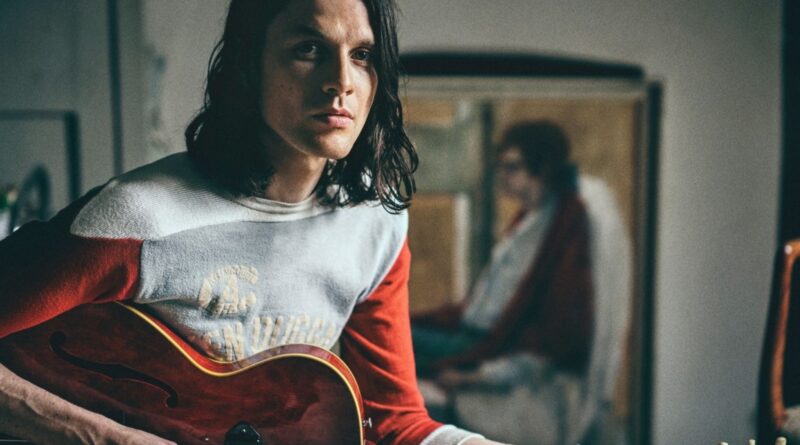 While working on his freshly released third studio album, James Bay came across a quote most often attributed to naturalist John Burroughs, “Leap and the net will appear.”

For the 31-year-old star, the freeing sentiment came to him in a moment of heavy, contradicting emotions, from feeling high off the release of his 2018 album Electric Light and supporting Ed Sheeran on his European stadium tour to feeling that, despite the success, something was off. “Beneath all of the excitement, I was feeling quite low and uncertain as to how to go forward — a bit of impostor syndrome mixed in with a lot of insecurity and anxiety about where I was going as an artist,” he tells Billboard. “I was reading a book that had this quote in it, ‘Leap and the net will appear.’ It re-inspired me once again, to get up tomorrow and go for it as hard as I’d ever gone for it before and it reminded me that you can’t take anything for granted. In that moment, I understood that.”

Thanks to the quote, Bay’s Leap was born. The album, released on July 8 via EMI, shows fans through the singer-songwriter’s musical light at the end of a mentally dark tunnel. “Naming the album Leap was a decision I only came to towards the end of 2021,” he explains. “Towards the end of last year, I realized that I’m nearly 10 years into being a signed recording, touring artist, but it still feels like the very beginning. I still feel like I’ve got so much to prove. And I want to be to be doing this for so much longer. So that Burroughs quote was like a real jolt of electricity that I kind of needed through my body to not just re-inspire me, but reinvigorate and keep me keep me going.”

While Bay has always been an emotional force in the pop music scene, Leap is his most openhearted and diverse body of work yet, expertly blending the hints of experimental rock from his sophomore album Electric Light with the graceful, acoustic guitar-driven tracks reminiscent of the hits that skyrocketed him to stardom on 2014’s The Chaos And The Calm. His third album, however, comes from a place of loved-up enlightenment, something he achieved from tapping into his vulnerability. “In the beginning, [my music was] all a bit more — or maybe a lot more — abstract. It was honest, you know, I was writing songs about real things that I’ve been through, but it was just a little bit more metaphor-heavy,” he says. “It’s been enlightening to come to this place as I evolve as an artist. One of my main goals is to keep going and keep evolving, focus on the journey and not the destination. On the journey, I’ve written from a new, deeper place of vulnerability, and as a result, written more directly with my lyrics in particular.”

“It’s an evolution that I’m proud of, and that I think was important to have made and keep making,” he continues. “Vulnerability, I’ve found, you really have to open up and reveal. It’s a scary thing for me to do, for many reasons.”

A standout track where Bay’s cracked-open soul shines through is Leap‘s closer, “Better,” in which the Grammy nominee opens up about the all-too-familiar identity crisis that comes with growing up, and how a loved one can pull you through even the darkest moments. “I grew up runnin’ from the best of me / And I’m still not sure just who I am supposed to be / So hold me again before I fall / Hold tight, hold tight,” he sings in the opening verse before proclaiming in the chorus, “I know I fall apart / But you fix me with your heart.”

His music isn’t the only place in which Bay’s heart has grown. In late 2021, the star welcomed his first child, a daughter named Ada Violet, with his longtime partner Lucy Smith. “It’s funny the timing of it all, actually, because I think becoming a parent is something that has woken me up to how fierce my drive and ambition was, and is now,” he shares.

“When you sharpen your focus on achieving goals, it’s a scary moment where you kind of look yourself in the mirror — literally or metaphorically — and you say, ‘Are you ready? Are you ready to go even harder, like, to really go for this?’ Because you’re responsible for human now, more than you’ve ever been. You’ve brought someone into the world,” he adds. “The explosive feelings of love and protectiveness that come with having a baby that I’ve experienced in these eight months are a lot as far as riding that wave of those emotions. There are moments where you break down but then you get up and go again because a baby doesn’t understand. The whole experience is a brilliant sharpener that is making me and making us stronger.”

Bay also sweetly dedicated his album’s liner notes to baby Ada, writing, “Album sleeve notes are most often where an artist thanks all the people who helped make the album. I want to thank all those people for all their help. But I really want to thank you. You came along and made me believe I can do anything, you’ve given me the confidence to leap again.”

“It’s so exciting to have a baby, that it was impossible for me to not write that, right?” the singer says of the liner notes to Billboard. “She was probably two or three months old when I wrote them. She’s eight months old now and it doesn’t matter that she’s asleep all day, most the time, I still want to involve her and show her and share this experience. I want to share this with the people closest to me. I always have and I always will want to do that.”

As for what he wants fans to take away from his new album, Bay says it’s all about hope — something that feels timely amid a tumultuous two years of a pandemic. “However difficult today might be, there’s tomorrow,” he says. “It’s worth holding on to that for when times get tough and heavy and difficult. That’s the essence that I want people to take from from the album title. It’s about getting up and giving things a try. Going out there and chasing after something.”

“I hope the album reassures people that it’s good to be together with each other and to share rather than to hide things,” he concludes. “It’s ultimately about hope.”

Listen to James Bay’s Leap in full below.